Much before stepping into the world of Bollywood, and becoming the superstar that he is known as today, the actor used to do theatre. He has often spoken about his time in Delhi where he studied acting under renowned theatre director Barry John. 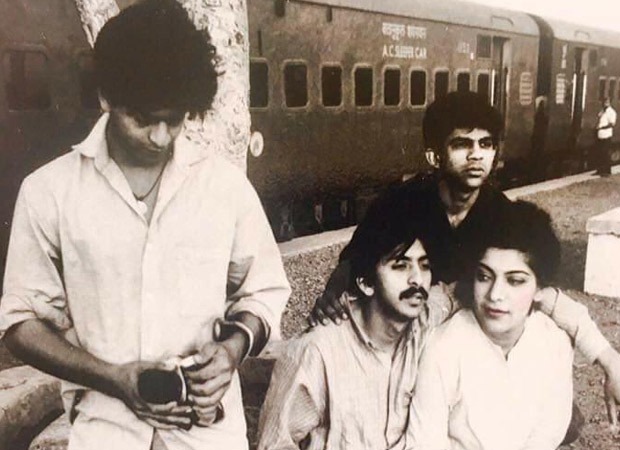 Recently, a Twitter user shared a rare picture of Shah Rukh Khan with his co-stars. The user tagged Khan and Sanjoy Roy, who is now the managing director of an events management company. The pictures show four actors waiting at a railway station.

Sanjoy replied to the picture tweet after a couple of hours and shared details about the picture. He revealed that the other two actors in the photo are Divya Seth and Rituraj Singh and that the picture was clicked when they were on their way to Kolkata to perform a play. “@yourriturajrks divyaseth and me on our way to Calcutta to stage Rough Crossing in aid of Shruti! Directed by #BarryJohn @mohitsatyanand,” Roy wrote terming the picture 'truly iconic'.

After his stint in theatres, SRK transitioned to television in 1989 with the show Fauji. He made his acting debut in 1992 with the film Deewana.

ALSO READ: Shah Rukh Khan says it’s time to get back to work with a new selfie