SFans of Shah Rukh Khan are drooling over an old photo of him that has gone viral. A young SRK is dressed in uniform and with his classmates visiting a store in the photo posted by an avid fan. Sharing the picture, a fan wrote, “An awkward school kid daydreaming of conquering Mumbai is the kind of morning WhatsApp forward I’ll never complain about.” 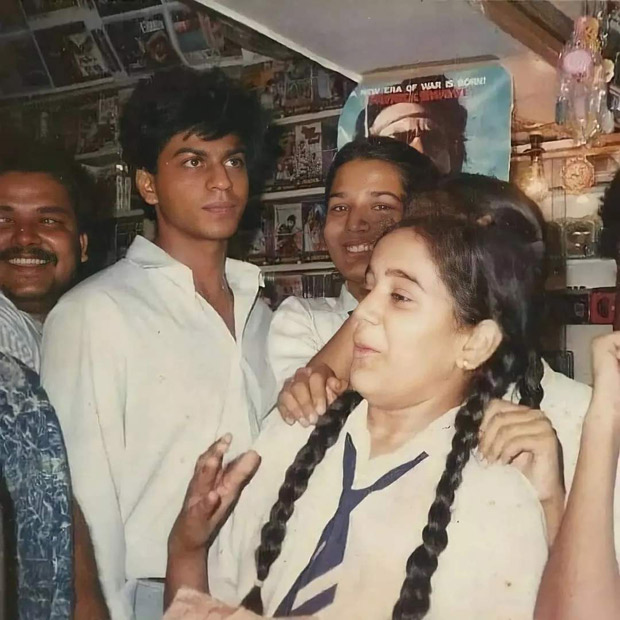 Despite the fact that Shah Rukh Khan's recent films have not performed well at the box office, he remains a popular choice among his admirers. His charisma, wit, and gentlemanly civility are among his most distinguishing characteristics, and his fans never tire of exchanging old interviews and images with him.

Before making his Bollywood debut with Deewana in 1992, SRK began his acting career on television shows such as Fauji and Circus. With films like Darr, Baazigar, Dilwale Dulhaniya Le Jayenge, Kuch Kuch Hota Hai, and Kal Ho Na Ho, he solidified his place in the industry. He was most recently seen in Aanand L Rai's Zero, in which he co-starred with Anushka Sharma and Katrina Kaif.