Bollywood actress Kangana Ranaut is known to give her opinion on almost everything under the sun on Twitter. From issues of national interest to Bollywood, the actress freely gives her opinion through her Twitter handle. However, her recent comments on the farmers protest has not gone down well with a lot of people. 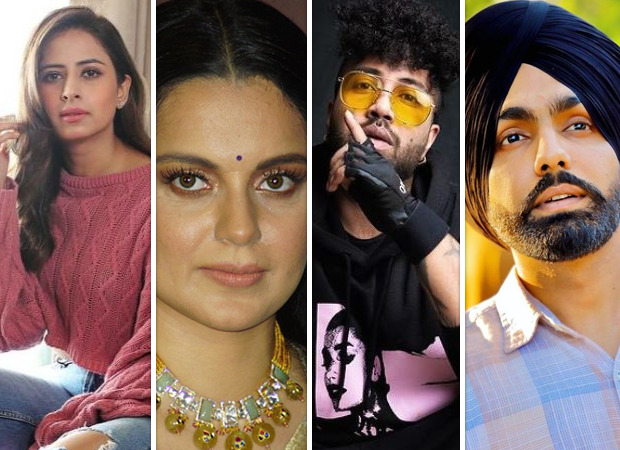 Responding to Ranaut's statement, Sargun wrote, "Like you have the right to express yourself, they too have the right to put across their opinions. The only difference is that you speak without any reason or a cause and they are fighting for their rights."

Kangana had earlier also shared a picture claiming that the popular Shaheen Bagh Dadi was also present at the farmer's protests and was available to make appearances in protests for Rs 100. Bilkis Bano became the face of the anti-CAA-NRC protests at Shaheen Bagh. She was also featured on BBC’s ‘100 Women of 2020’. However, Kangana later deleted the tweet after being slammed for making false claims.

Punjabi stars like Ammy Virk and Sukhe also lashed out at the actress for her statements. “Shame on you, you are talking about my elders. when a bit of your house was broken in Bombay, you stirred up a storm. Here the govt has taken away our rights," Ammy tweeted.

Sukhe also said, "We are just standing with farmers with our people we are not supporting any government," Sukhe wrote using the hashtag boycott Kangana Ranaut.