The superstar Sanjay Dutt's birthday calls for a special celebration. While fans across the nation showering the star with love, the makers of KGF: Chapter 2 have a special surprise for all their admirers. Piquing the curiosity among the audience around the highly-anticipated film of the year, Hombale Films has unveiled the new poster featuring Adheera, aka Sanjay Dutt's, on the actor's special day! 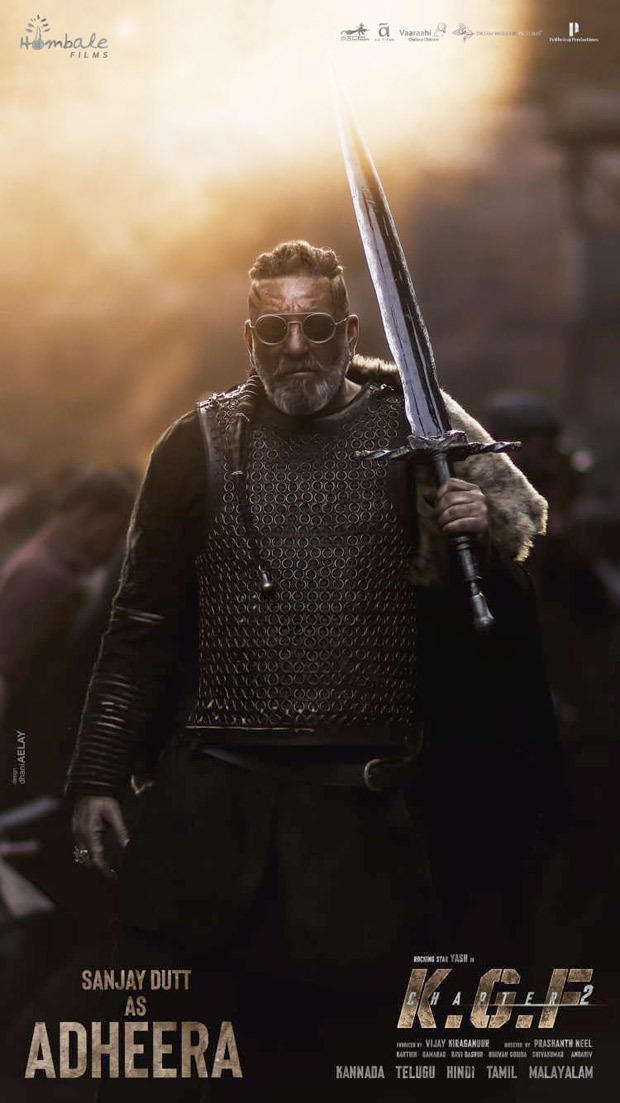 Dark, intense, and powerful, the poster has left the viewers excited and super soaked for the upcoming action drama. The new look of the actor has been receiving an overwhelming response from all across. Fans are flooding the comment section with love and can't seem to contain their excitement.

Directed by Prashanth Neel and produced by Hombale Films, 'KGF: Chapter 2' is already being touted as a blockbuster. The film also stars Pan-Indian superstar Yash in the lead, along with Raveena Tandon, and is expected to be full of jaw-dropping action sequences.

ALSO READ: Sanjay Dutt pens a heartfelt note to his wife Maanayata Dutt – “You are the backbone of our family and the light of my life”