Salman Khan’s upcoming release Radhe-Your Most Wanted Bhai is one of the most anticipated films of the year. When the trailer of the film was dropped, what surprised fans the most was his kiss with Disha Patani. The actor is known for his no kissing on screen policy. However, on closer inspection one can figure out that Salman is kissing a duct tape stuck on Disha’s lips. 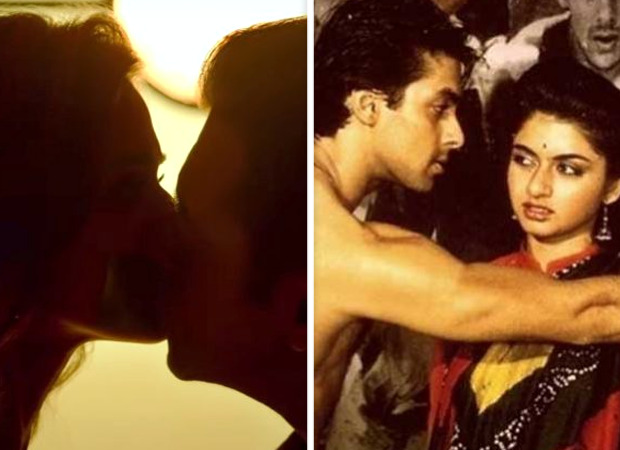 During a virtual interview with a group of journalists in Mumbai, Salman Khan spoke about the kiss with Disha while talking about what’s different in Radhe as compared to his other action films.

“We have Jackie, comedy, romance, the first time I have ever kissed a duct-tape in movies… I have done it in Radhe. I have never kissed a duct-tape in movies ever at all. That duct-tape was on Disha’s lips so I say no, when people ask me- “You have never kissed on-screen?”. So yes, this time I kissed on screen but not Disha’s lips, it was a duct-tape that I kissed. Like in Maine Pyar Kiya, I kissed the lipstick from the other side of the window of Bhagyashree. So yes, this time I have,” he added.

Joking about his onscreen kissing, the superstar further said, “Maybe next time you will see a mota parda (thick curtain) in between me and the heroine but I am not breaking the no-kissing policy on-screen.”

Directed by Prabhu Dheva, Radhe-Your Most Wanted Bhai will be released in theatres and on ZEE5 on May 13.