Rakhi Sawant, who was one of the finalists of Bigg Boss 14 had walked out of the house in the finale with Rs. 14 lakhs that she had acquired during a task before the finale. After exiting the house, she visited her mother, Jaya Sawant, in the hospital who is being treated for cancer. 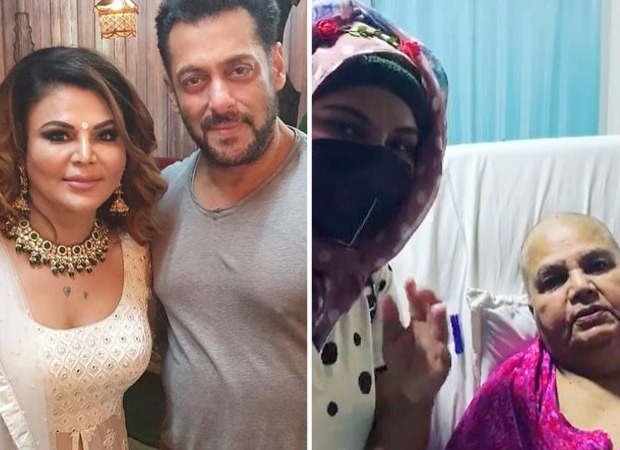 Rakhi later shared a video of her mother where she is seen thanking actor Salman Khan for his help. Giving an update on her mother’s health, Rakhi said she has already undergone four out of six sessions of chemotherapy.

Vindu Dara Singh who had entered the Bigg Boss 14 house as Rakhi's supported also shared a photo of Jaya Sawnat and wrote,"Dear #jayasawant ji we had the pleasure of knowing you in #bb3 and saw the fighting spirit you possessed despite severe diabetes and knew you had a tigress as your daughter called @rakhisawant2511.”

Praising Rakhi’s entertaining personality, Singh continued, “She entertained the entire world in #bb14 and won our hearts like #rajkapoor ji in #meranaamjoker . All the time she was worried about her mother but was strong and fought many battles in the house . We wish you a very speedy recovery and pray that the loving bond between you two stays strong forever.”

ALSO READ: Rakhi Sawant says her stint with Abhinav Shukla on Bigg Boss 14 got a go-ahead from his wife Rubina Dilaik