The Pulwama Attacks that has taken the nation by a storm also left many Bollywood celebrities saddened at the loss of lives. Many have also expressed their angst over this major terror attack and has asked the government to take strict action against the incident. Amongst the many celebrities, who expressed their condolences, one is the Nawab of Pataudi, Saif Ali Khan who decided to pay a tribute to the CRPF jawans in his own way recently. 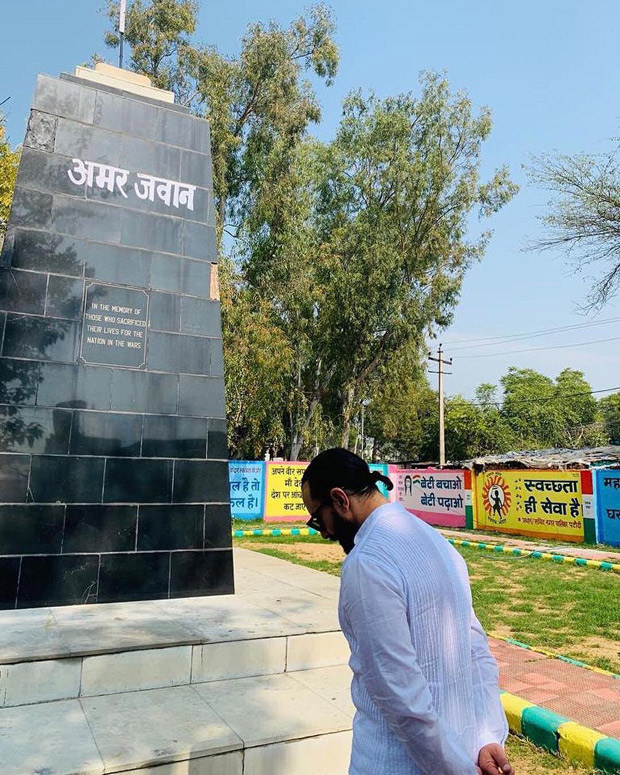 While Saif Ali Khan is not on social media, a picture of him paying a tribute at the Amar Jawan Jyoti has gone viral on the said platforms. The actor even spoke about this in a recently released statement saying, “On behalf of my family, my thoughts and prayers are with the families of the jawans who have lost their lives serving our country. Deeply upset and saddened by what has happened.”

It is not just Saif Ali Khan but many actors have spoken about it when they took to social media on the day the incident occurred, which was on February 14. For the uninitiated, a suicide bomber had rammed into the bus of CRPF officers and death of 49 officers was reported post this incident. The attack that has once again affected the atmosphere in Kashmir has left Indians angry and many are demanding a counter attack on Pakistan.

On the other hand, the incident also had a strong impact in Bollywood where many guilds and organizations FWICE jointly decided to make the ban on Pakistani artists even more stringent post the Pulwama Attacks.

Besides this, many celebrities have come forward to make a major contribution the martyrs fund post this incident. From Amitabh Bachchan to Salman Khan to Akshay Kumar, many have decided to contribute to the martyrs’ families by making a donation in Bharat Ke Veer Foundation.