Director Krish Jagarlamudi is done with the bickering with Kangana Ranaut. “I’ve had my say. No more. If she (Ranaut) wants to believe she directed all of Manikarnika, so be it. Everyone knows the truth,” asserts Krish and vows to not get into any more war of words with the film’s aggressive leading lady and co-director. 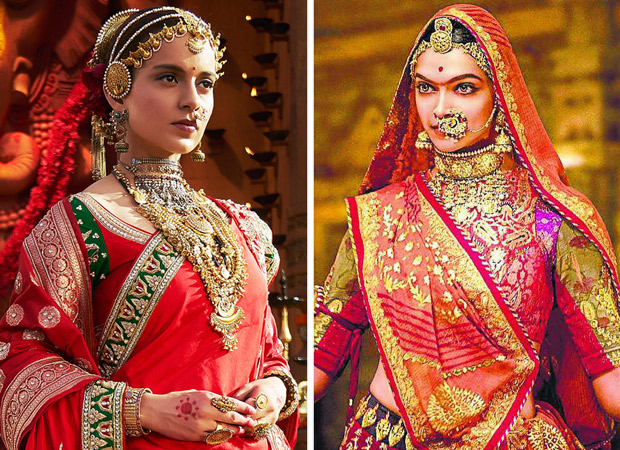 However one major issue that needs to be addressed is that regarding the singing and dancing that Rani of Jhansi is seen indulging in with her subjects. In an elaborate song and dance sequence Rani Laxmibai embarrasses the hell out of her husband the King of Jhansi (played by Jisshu Sengupta) by dancing with the people of their State in a pregnant condition.

A source very close to the film says that the song and dance during times of raging battles was Kangana’s idea. “Ek toh Rani opoopar se garvwati (a queen and then pregnant)…how can she be shown dancing in that unbecoming fashion? Krish was totally against the idea. The song-and-dance was added on by Kangana after Krish left,” says the source.

Significantly when another Rani, Padmavati in a big epic film in January 2018, Sanjay Leela Bhansali’s Padmaavat got up from her throne to take to the dancefloor with her ladies in waiting, all hell had broken loose. Deepika’s Rani Padmavati was shown dancing to the ‘Ghoomar’ song in the most graceful and queenly manner in a closed environment with the women from her durbar.

Director Sanjay Bhansali had said to me, “We wanted the ‘Ghoomar’ song and dance to retain its purity since this was being performed by Rani Padmavati. Every step and every move in the dance form celebrates the royal grace of royalty. This is our dance tribute to the brave Rajput women of Rajasthan. I heard how little children performing the ‘Ghoomar’ dance at a school in India were stopped. I’d like to tell those disruptive elements that you can’t stop something as beautiful and innocent as this from reaching out into the hearts of people across the world.

Sanjay Bhansali’s heart swells with pride to see ‘Ghoomar’ reaching into the hearts and feet of American kids. Says the director, “What better illustration of our prime minster Narendra Modiji’s ‘Make In India’ policy? I feel our culture is so rich and varied. We’ve so much to give the West. Why not take our culture and art forms to the West rather than continuously borrow their lifestyle and culture?”

All hell had broken lose with fringe groups demanding that the song-and-dance from Bhansali’s be removed or else they would cut off Deepika’s nose. Says a source very close to the Padmaavat team, “When we showed Deepika dancing in the Queen’s inner chambers, we had to digitally cover Deepika’s midriff before the censor board allowed the ‘Ghoomar’ song. Now in Manikarnika , again about a royal Queen, Kangana’s Rani Laxmibai jumps off her seat and breaks into a street-side jig with the commoners. That was okay? What is good enough for Rani Laxmbai is not befitting for Rani Padmavati? Please figure out that one.”

When pressed for a response Krish said, “I don’t know where the singing and dancing came from. It wasn’t there when I was directing Manikarnika.” The question remains. Why was it not right for Rani Padmavati to dance when everyone seems okay with Rani Of Jhansi shaking a leg? Midriff forgotten.