The much awaited teaser of Adipurush is finally out and as expected, has become a talking point on the internet, be it for the VFX, scale or actors. While most moviegoers are discussing about the look and performances of Prabhas, Kriti Sanon and Saif Ali Khan, many are wondering about the actor who is playing Lord Hanuman. Bollywood Hungama in this feature article will shed light on this aspect in this article. 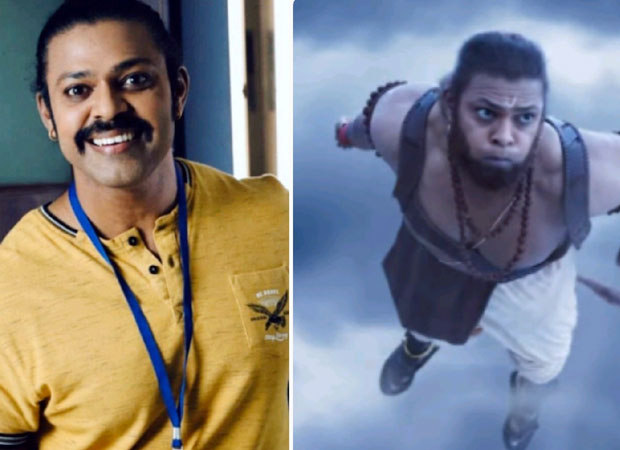 The name of the actor is Devdatta Gajanan Nage. He has worked predominantly in Marathi serials and movies. He was loved in the role of Lord Khandoba in the popular TV serial, 'Jai Malhar'. His other TV serials are 'Veer Shivaji', 'Devyani', 'Bajirao Mastani', etc.

Interestingly, Adipurush is directed by Om Raut, whose last directorial was Tanhaji: The Unsung Warrior (2020), based on the life of Tanaji Malusare. And in 'Veer Shivaji', Devdatta Gajanan Nage played the role of Tanaji. And that's not all. Devdatta was also seen in Tanhaji: The Unsung Warrior, as Suryaji Malusare. The other Hindi films in which he has worked are Once Upon A Time In Mumbaai Dobaara (2013) and Satyameva Jayate (2018).

In an interview to a website earlier this year, Devdatta Gajanan Nage shared brief details about working with Adipurush. He said that he has a special connection with Lord Hanuman and that the first gym where he started working out at the age of 17 was named Hanuman Vyayam Shala.

Devdatta Gajanan Nage further said that his physique played an important role in getting the coveted role. He also assured that he has essayed the part with a lot of devotion.

The actor further said that he was comfortable working with Saif Ali Khan in Adipurush since he had worked with him in Tanhaji: The Unsung Warrior. He also said that he became great friends with Prabhas, Sunny Singh and Kriti Sanon during the shoot of Adipurush.

Also Read:  Adipurush Teaser Launch: Prabhas was ‘frightened’ to play Lord Ram: ‘We made the film with lots of love and respect’