Malaal actors Meezaan Jafri and Sharmin Segal were recently spotted on the sets of Sanjay Leela Bhansali's film Gangubai Kathiawadi. The duo were not on the set in the capacity of actors but as Assistant Directors for the Alia Bhatt starrer. 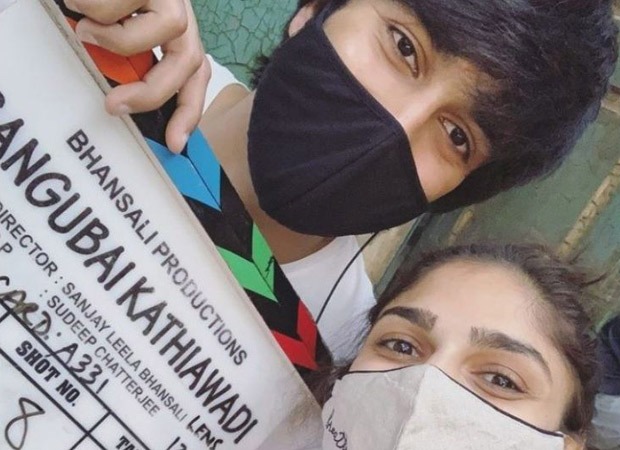 A picture of the two posing with masks on and holding a clapboard of the film recently surfaced online. Sharmin is Bhansali's niece and a movie editor, while Meezaan is Javed Jaffrey's son. The two actors made their screen debut with the 2019 film Malaal.

Meanwhile, the shoot of Gangubai Kathiawadi has come to a halt after Sanjay Leela Bhansali tested positive for COVID-19. Alia Bhatt has also gone in quarantine and currently awaiting test results.

The teaser of Gangubai Kathiawadi was dropped on February 24 and was much appreciated. The film is inspired by the real life story of one of Mumbai’s most revered sex workers. The movie is based on the book Mafia Queens of Mumbai written by S Hussain Zaidi.