The makers of Kun Faya Kun, starring Harshvardhan Rane and Sanjeeda Shaikh, released a candid moment from the set today that encapsulates the fun vibe and camaraderie on the set. 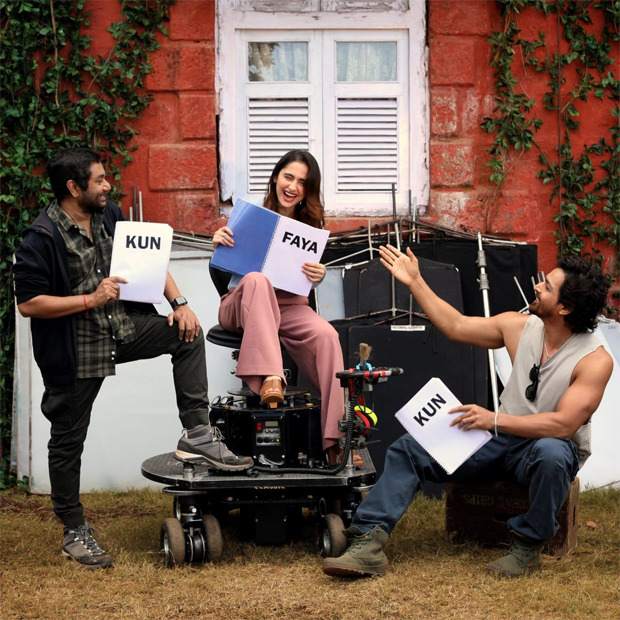 An edge of the seat thriller, the film will be directed by filmmaker Kushan Nandy, who also features in the first look with his two lead actors. The three of them are seen holding the film script, each reading one word from the three-word title, while sharing a laugh.

Kun Faya Kun promises to thrill with a twist. Recently, the makers chose to announce the film with a unique video, which not only teased the viewers about the meaning of the title but also hinted at the film's genre, ultimately leaving the audience asking for more with a cliffhanger.

Harshvardhan Rane says, “As an actor, this is a great opportunity for me to showcase a shade which has never been seen in my last 3 films.”

Sanjeeda adds, “Kun Faya Kun is like a roller coaster ride, being both scary and exciting at the same time. This is my second film with Harshvardhan but working with him feels fresh and new as his character is so different and will also surprise the audience. Kushan sir is lovely and the cutest director. It’s beautiful the way he explains the scenes to his actors. I am truly loving the journey of Kun Faya Kun.”

Kushan Nandy praising his actors says, “Kun Faya Kun is high on action and intense in emotions, and both Harshvardhan Rane and Sanjeeda Shaikh are battling challenging weather conditions in the mountains to put together a stellar act.”

The film, produced by Naeem A. Siddiqui (Touchwood Multimedia Creations), has Kiran Shyam Shroff as its Creative Producer and is written by Ghalib Asad Bhopali.

ALSO READ: Harshvardhan Rane and Sanjeeda Shaikh to star in an edge of the seat thriller titled Kun Faya Kun