Actress Kristen Stewart is channeling the royalty Princess Diana in the first look of the upcoming film Spencer. Back in June 2020, the actress was roped in for the role, a film which is being helmed by Pablo Larraín. 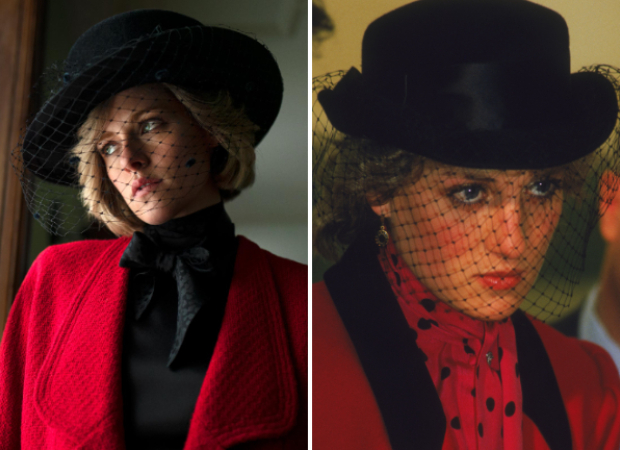 In a first look unveiled on Wednesday, January 27, 2021, the actress embodies Princess Diana. She is donning a red blazer, a black hat with a veil, and a shirt. She is sporting the signature short blonde hair. According to Deadline, it is "a drama that shapes up to be a hot package for the virtual Cannes Market. The Steven Knight-scripted film covers a critical weekend in the early ‘90s when Diana decided her marriage to Prince Charles wasn’t working, and that she needed to veer from a path that put her in line to one day be queen. The drama takes place over three days, in one of her final Christmas holidays in the House of Windsor in their Sandringham estate in Norfolk, England. Production is expected to begin in early 2021."

Spencer has begun principal photography. It will be shot in both Germany and the U.K. The makers plan to release it in fall 2021.