Bigg Boss 14 fame Nikki Tamboli was eliminated from the stunt-based reality show Khatron Ke Khiladi 11 in the first week itself. Her performance in the first week was not so good as she consecutively aborted 3 tasks which led to her elimination. 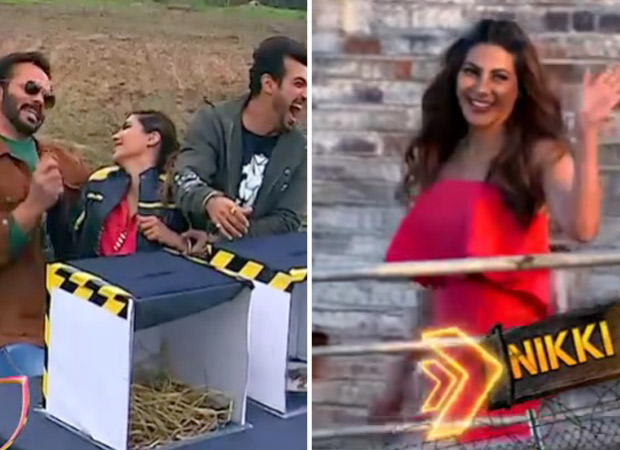 However, the actress is all set to make her comeback in the show. In a promo released by the channel, Nikki is seen getting welcomed by the host Rohit Shetty. As she entered the stunt location, everybody started cheering up for her. The actress was seen dressed in a beautiful bright pink dress. After her comeback, Nikki will be seen performing a stunt with Arjun Bijlani in which she had to put her hand in a box full of insects.

Post that, Arjun along with Rohit will also play a prank on her. While doing so, Rohit was also seen saying film Sholay's iconic dialogue but with a twist. Rohit says, "Yeh haath mujhe de de Nikki." To which Nikki was getting afraid and screaming. Rohit Shetty again jokingly said that it will turn dark in the sky till the time she'll agree to do so.

While Nikki also reshared the video on her Instagram handle and wrote, "And I’m finally back with a bang with lots of fun, laughter and entertainment. Are you guys ready ? ".