Former cricketers Virender Sehwag and Mohammad Kaif will appear on The Kapil Sharma Show in a forthcoming episode. We get a taste of the fun-filled show in a promo shared on social media by host Kapil Sharma. We'll hear some lesser-known dressing-room stories among the hilarity. 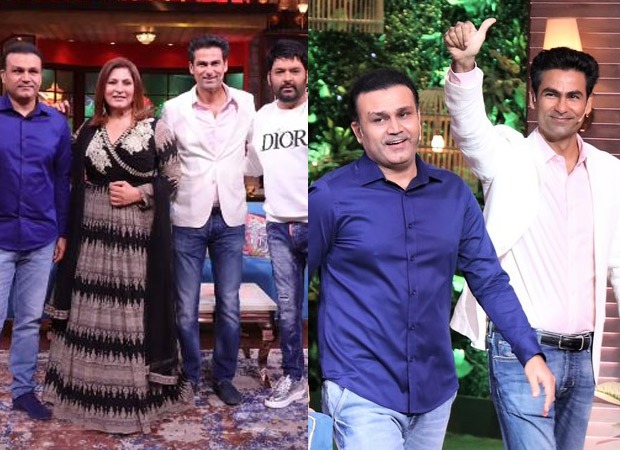 Both Sehwag and Kaif are seen in their natural habitats in the trailer. Thanks to his Twitter handle, we are aware of Sehwag's funny side. The batsman's appearance on the show demonstrates his sense of humour.

Sachin Tendulkar, Virender Sehwag's fellow opener, used to give him bananas to keep him quiet for a while, according to Kapil Sharma. For the same reason, he asks Sehwag who he'd want to deliver a banana to, and the cricketer tosses one to Kapil. But he swiftly reminds Kapil that the success of his show is due to his ability to communicate and break jokes.

We also witness how people reacted to one of Mohammad Kaif's Instagram photos with actress Aishwarya Rai. In front of Aishwarya, Kapil teases Kaif about his charm.

The players will also be entertained by comedians Kiku Sharda and Krushna Abhishek.

This weekend, Sony TV will broadcast a much-anticipated episode of The Kapil Sharma Show.

Also Read: The Kapil Sharma Show: Saif Ali Khan reveals on how baby Sara Ali Khan told him not to sing ever