Kangana Ranaut is a proactive observer of the Bollywood industry and has been always vocal about her opinions. Recently, she took a dig again at Alia Bhatt who has landed herself into controversy for her latest bridal advertisement. 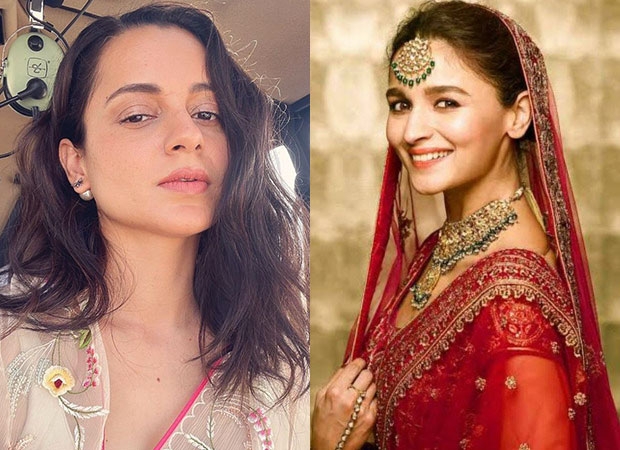 The advertisement has landed into controversy and is getting slammed by the people as it questioned the tradition of Kanyadaan a Hindu tradition in which the bride’s parents give away their daughter to the groom. Taking a dig at this Kangana took to her Instagram and wrote a lengthy post saying that women are worshipped in the scriptures and there’s no harm in seeing them as ‘precious source of existence’.

Kangana wrote, "We often see a martyr’s father on television, when they lose a son on the border, they roar ‘Don’t worry, I have one more son, uska bhi daan main iss dharti Maa ko dunga. Kanyadan ho ya putradan, the way society looks at the concept of renunciation shows its core value system…”

She added, "The way a society looks at the concept of (lack of equivalent word in English or Urdu using) renunciation shows it's core value system... When they start to look down upon the very idea of daan... Then you know it is time for reestablishment of Ram Rajya... The King who renounced everything he loved only to live the life of Tapasvi (Monk) Please stop mocking Hindus and their rituals."

In the end, she concluded and wrote, "Dharti and Woman both are mothers in scriptures they are worshipped as goddess of fertility...Nothing wrong in seeing them as precious and very source of existence (shakti)."

Sharing the post she appealed to the brands and wrote a caption that reads "Humble request to all brands ….. don’t use religion, minority, majority politics to sell things …. Stop manipulating naive consumer with shrewd divisive concepts and advertising…"