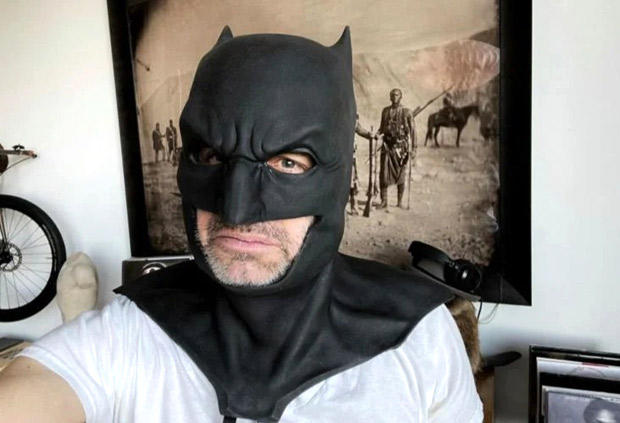 Snyder took to his Vero account to post an image of himself wearing the cowl. He wrote in the caption, “Let’s be honest if you were left alone with it you would do it too #BATMANDAY”

After the massive success of the MCU, Snyder was tasked with creating a cinematic universe of DC characters, starting with Henry Cavill's Man of Steel in 2013. Snyder's first two DC films were controversial for various reasons, but Zack Snyder's Justice League, released earlier this year, has been praised by fans and critics alike. The director also directed Batman v Superman: Dawn of Justice.

One of the most controversial choices made in Snyder's DC movies was casting Affleck as Batman. Affleck's version of Batman focused on an older Bruce Wayne, one who has been fighting crime for years and saw Robin killed by the Joker. Affleck's Batman has become more appreciated over the years, with many now praising Affleck's more mature and aged portrayal of the character.

Affleck was at one point going to direct, write, and star in a solo Batman movie, but Warner Bros. recast Robert Pattinson in the role after Affleck dropped out.Affleck is most known for playing Batman at this point, and similarly, DC will always be a part of Snyder's legacy. Even if he won't get to finish his Justice League trilogy, its clear Snyder still enjoys engaging with fans and posting DC content.

On the work front, Ben Affleck would now appearing as Batman alongside Michael Keaton in The Flash.It's unknown how big of a role he will have in the movie, but given the actor's past comments, it will likely be the end of his DCEU career.