Last Updated 23.09.2021 | 3:42 PM IST
feedback language
follow us on
Bollywood Hungama » News » Bollywood Features News » “Journey like no other”, says Kangana Ranaut as she shares her look from Thalaivi and Dhaakad

Kangana Ranaut has managed to always keep herself in the news, be it for her films or for her articulate way of voicing her thoughts. But whatever be the case, Kangana has always been active on social networking sites. Keeping with the same, the actress recently took to Instagram to share her journey from Thalaivi to Dhaakad. 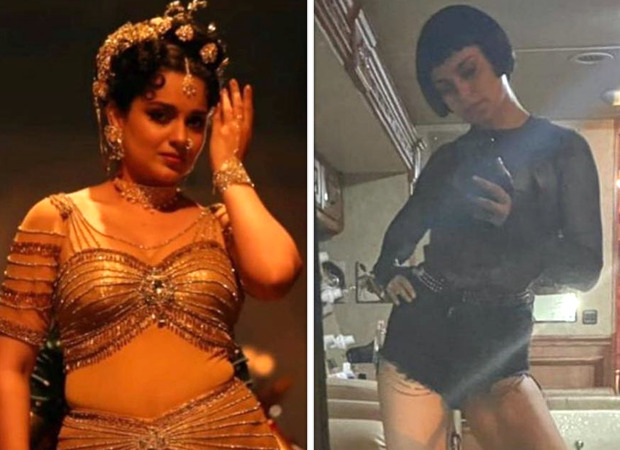 Sharing images from both films, Kangana Ranaut captioned her post saying, "Journey like no other … #Thalaivi #Dhaakad Special mention to two visionaries and geniuses @neeta_lulla @mrsheetalsharma". She gave the credit of her look to ace costume designers and fashion stylists Neeta Lulla and Sheetal Sharma.

The actress who is currently shooting for the action thriller Dhaakad in Budapest shared her transformation into the chubby role in Thalaivi first then getting back into a fit avatar for Dhakaad. While preparing for her role in Thalaivi, Kangana had to increase 20 kgs to look close to Jayalalitha's representation.

After wrapping up Thalaivi she worked hard on her body to reduce the weight and look lean and fit for her movies Tejas and Dhaakad respectively. The actress will be seen performing some kick-ass stunts and firing bullets at the villains. Thalaivi is an upcoming biopic drama based on the late Tamil Nadu Chief Minister, J Jayalalithaa. While Dhaakad is an action thriller where Kangana will be seen playing the robust role of Agni, an agent. Kangana has also started shooting for an untitled film based on the life of former Prime Minister of India, Indira Gandhi.

Also Read: Kangana Ranaut to face warrant if she fails to appear in court for Javed Akhtar’s defamation case