Bollywood star Shahid Kapoor turns a year older today. Since midnight, the actor has been flooded with wishes on social media by his fans, colleagues and well wishers. Shahid's younger brother Ishaan Khatter took to Instagram to share a then and now picture of them along with a very filmy caption. 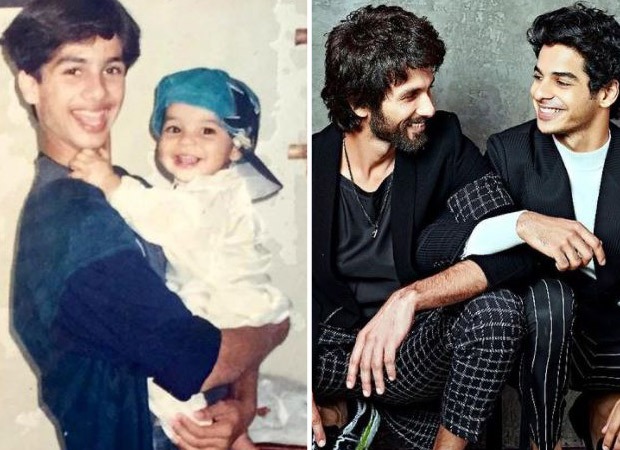 In the throwback picture shared by Ishaan, he can be seen in Shahid's arms wearing a white shirt and blue cap. Sharing the collage, Ishaan borrowed lyrics from Rajesh Khanna’s song in Anand and wrote, "Zindagi kaisi hai paheli haaye. Kabhi toh hasaaye, kabhi yeh rulaaye. But through it all... I'll always love you, bade bhai. Happy birthday."

Meanwhile, on the work front, Shahid Kapoor will next be seen in the film Jersey which is scheduled to be released on November 5, 2021. He is currently shooting for his digital debut for an Amazon Prime Video series with Raj and DK.

On the other hand, Ishaan Khatter who was last seen in the film Khaali Peeli is working on Phone Bhoot along with Siddhant Chaturvedi and Katrina Kaif. He will also be seen in the war film titled Pippa.