On International Yoga Day, actor Maniesh Paul too joined the social media trend of sharing a picture of his doing Yoga, or in his case at least attempting to do Yoga. He shared a picture of himself laying down on a Yoga mat with a hilarious caption. 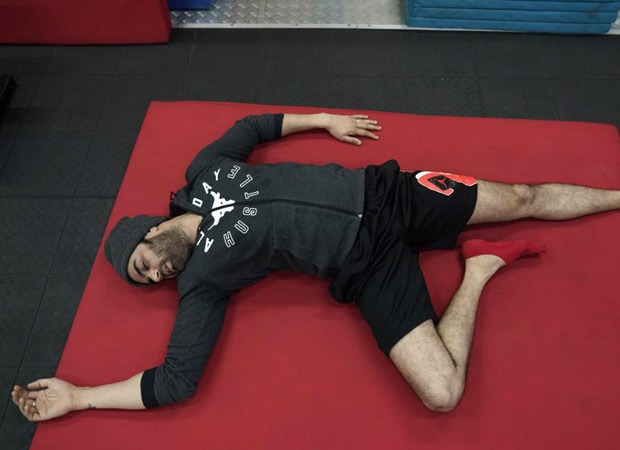 Sharing a picture of himself lying down lazily on a yoga mat, Maniesh Paul said, "I swear i was trying the SAVAASAN!! Guys pls do YOGA...it had a lot of benefits...im also trying....ek din YOGA mujhse bhi hoga.... #internationalyogaday #mp #life #yoga #day #blessed".

Leaving his imprints across mediums, Maniesh Paul has established himself as an actor, RJ, VJ, host as well as singer, the multi-faceted artist is known to use his social media to entertain as well as create awareness amongst his fans and followers. One of the most popular and loved hosts of India, the actor is touted as the Sultan of Stage, owing to his phenomenal comic timing and spontaneous wit.

He recently launched 'The Maniesh Paul Podcast' to present heartfelt stories of people from different walks of life. The actor also penned two poems recently depicting the emotions of the nation amid the second wave of Covid-19.

Currently gearing up for the release of his upcoming film Jug Jugg Jeeyo, produced by Karan Johar under the banner of Dharma Productions, Maniesh Paul has an interesting lineup of projects ahead.