Once again, Bollywood actor Hrithik Roshan has won millions of hearts with his performance in Vikram Vedha. His character and the film have garnered love from the audience. However, getting into the skin of Vedha was not an easy task for the actor and his latest Instagram post is proof of it! 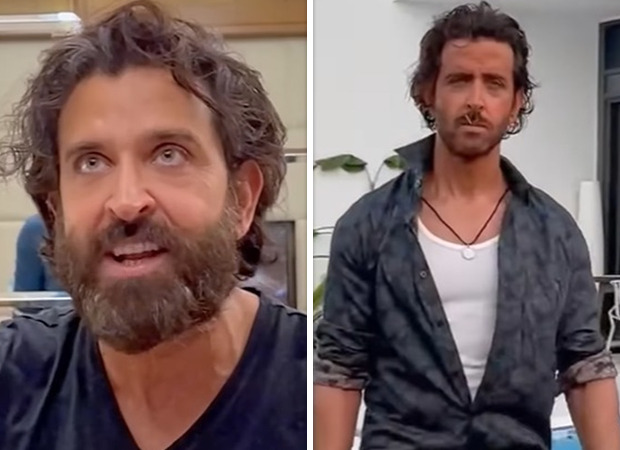 On Tuesday, Roshan took to his social media handle and shared an “uncensored” video of Vedha. The two-minute-seven-second-long video gave a sneak peek into Hrithik’s preparation sessions. He can be seen adopting the style of Vedha, the primary antagonist of the film. From using cuss words relentlessly to walking like a goon; the video summarises how the actor moulded himself into the character of Vedha.

Giving a witty remark in his caption, the Krrish actor wrote, “To become 'Vedha' I had to first find comfort in being a 'yeda'”. He then added, “9 months of prepping & being Vedha - from October 2021 to June 2022. Exactly the time human lives take to birth. Vedha has been a process of moulding from scratch, today it's a character I'm proud of.”

The Super 30 actor further added, “Learning to talk, walk, dance, eat & live like Vedha has been sheer joy. There may not be Hrithik in Vedha, but there will always remain Vedha in Hrithik.” He also thanked his teachers Vinod Rawat and Ganesh Kumar for making the entire process fun for him. “N thank you to my team, my family. You guys give me more than I deserve,” wrote Hrithik to conclude his write-up.

Talking about the neo-noir film, the Hrithik Roshan starrer also features Saif Ali Khan and Radhika Apte. The action-thriller, which is a remake of a Tamil film, was released on September 30. The Pushkar-Gayathri directorial is jointly produced by YNOT Studios, Friday Filmworks, T-Series Films, and Reliance Entertainment.

Also Read: Watch: Hrithik Roshan finally cuts ties with his character Vedha: “Learnt to be at peace with my failings”