Comedian and Television host Bharti Singh was in the news lately after the Narcotics Control Bureau (NCB) arrested her and her husband Haarsh Limbachiyaa for consumption and possession of drugs at this residence in Mumbai. The couple were let go on bail a day after their arrest. 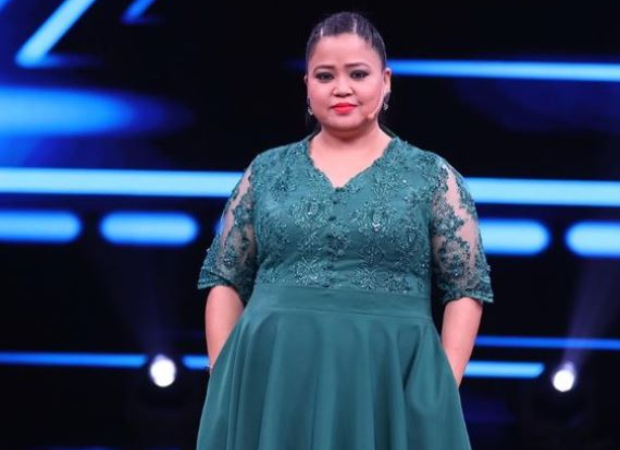 Soon after leaving judicial custody, Bharti Singh was seen on TV cracking up the audience with her hilarious jokes on The Kapil Sharma Show. She was seen cracking a joke at the expense of the Indian Idol judge Neha Kakkar. The show which was shot before Bharti's arrest was telecasted hours after the comedian was arrested.

On the show, Bharti Singh was welcoming the judges Himesh Reshammiya and Vishal Dadlani along with the show's host Aditya Narayan who had appeared on the show as guests. Bharti asked them where Neha Kakkar was and mocked the singer's short height as she pretended to look for her inside a banana. “You have come from Indian Idol? Where’s that girl? Neha (Kakkar)!” she said.

Aditya then reminded Bharti of Neha’s wedding, to which she said, “No wonder I saw a video where the room was decorated with flowers.” Bharti then jokingly accused Aditya of trying to snatch away her anchoring job from her and her husband Haarsh . “My husband has found a job of hosting a show between 8 PM and 9.30 PM (India’s Best Dancer). This did not go down well with this man (Aditya). He is trying to snatch even that job away,” said Bharti.

ALSO READ: “Bharti should know young girls look up to her as a role-model” – Raju Shrivastava on Bharti Singh’s drug scandal