Last Updated 15.10.2021 | 9:48 PM IST
feedback language
follow us on
Bollywood Hungama » News » Bollywood Features News » Gulshan Devaiah unravels the layers of his character from Blurr; expresses what a treat it is to work with Taapsee Pannu

Taapsee Pannu being one of the finest talents of our industry is all set to bring Blurr, the first film under her production banner, Outsider Films in association with Zee Studios. Directed by Ajay Bahl, starring Taapsee Pannu and Gulshan Devaiah. 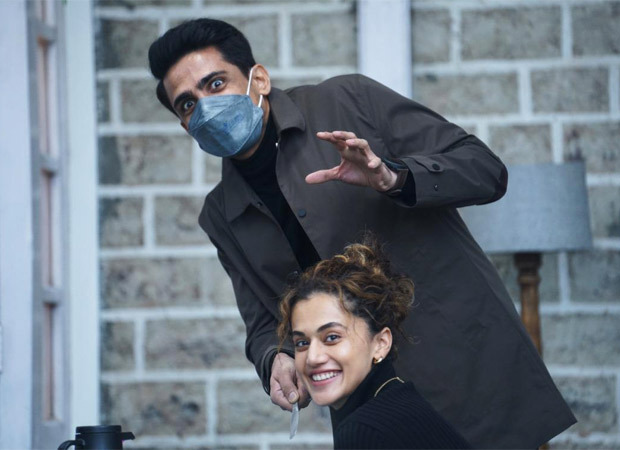 A talented actor, Gulshan Devaiah is a treasure still being explored by audiences, owing to his stellar performances in various projects. He is playing Taapsee's husband in the psychological thriller.

Talking about his experience of being on sets with Taapsee, Gulshan shared, "One of my most lovely experiences has been on the sets of Blurr. It's so much fun working with Taapsee, I share a good rapport to pull pranks and a lot of fun things keep happening in the team. The sets are a good place to be when you're surrounded by a team that's lovely too."

Opening up about his character Neel, Gulshan shared, "I play Gayatri’s husband Neel, who is a very nice, understanding man but he’s unhappy and unfulfilled inside. They both love each other but there’s visible tension in their relationship."

Adding further about the characteristics, he said, "Neel also comes from a reasonably affluent background and doesn’t really need to work for a living and has totally taken a supportive position to his passionate wife Gayatri, who is an anthropologist, totally dedicated to her work."

The film is shot extensively in the picturesque Nainital, the story is penned by Pawan Sony and Ajay Bahl. Takes viewers through a story of a girl caught up in an unavoidable circumstance and the thrill and drama that ensues.

Zee Studios, Taapsee Pannu's Outsider Films and Echelon Productions 'Blurr' will have you on the edge-of-the-seat. The film is scheduled to release in 2022.