The trailer of the much-awaited romantic saga Gehraiyaan was launched earlier today. The film directed by Shakun Batra is headlined by an ensemble cast including Deepika Padukone, Siddhant Chaturvedi, Ananya Panday, and Dhairya Karwa. Gehraiyaan is a relationship drama that looks beneath the surface of complex modern relationships, adulting, letting go, and taking control of ones’ life path. 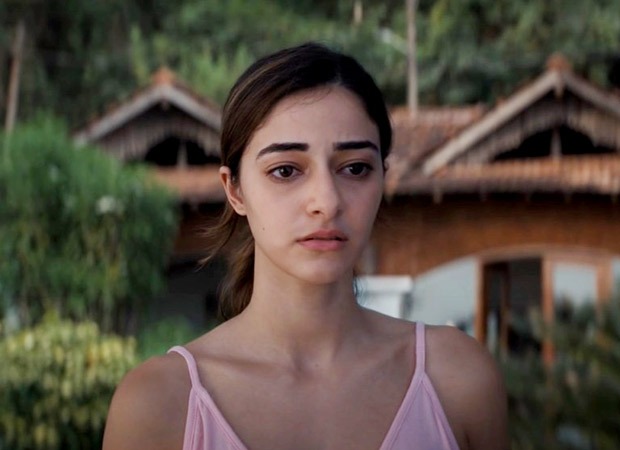 Gehraiyaan Trailer Launch: Ananya Panday says she spent 20 minutes in the bathroom after Shakun Batra narrated the script of Gehraiyaan to her

During the trailer launch event of the film, Ananya Panday revealed that she spent 20 minutes in the bathroom after hearing the narration of the script. "When Shakun and Ayesha narrated the script to me, I actually was like, 'Can I just go to the bathroom?’ and I did not come out for like 20 minutes. They got scared thinking that I fainted in the bathroom or something. But I was in shock like this project was even going to come to me. I was just happy to be a part of a film like this. Shakun was on my bucket list and I was in shock that he wanted to work with me. So it's' been my biggest blessing, to be a part of this project," she revealed.

"We were all in Goa together for 2 months. We were sent away. It is probably the best thing to happen to us because we actually became so close. Every person involved in the film is actually like family to us. Every moment in the film has been magical. I feel like I have not just changed as an actor but as a person," Ananya added.

Jointly produced by Viacom18 Studios, Dharma Productions, and Shakun Batra’s Jouska Films, Gehraiyaan will have its World Premiere exclusively on Amazon Prime Video on February 11, 2022, in more than 240 countries and territories worldwide.

Austin Butler recalls being 'rushed to…

Karan Johar opts for a five-tier cake for…