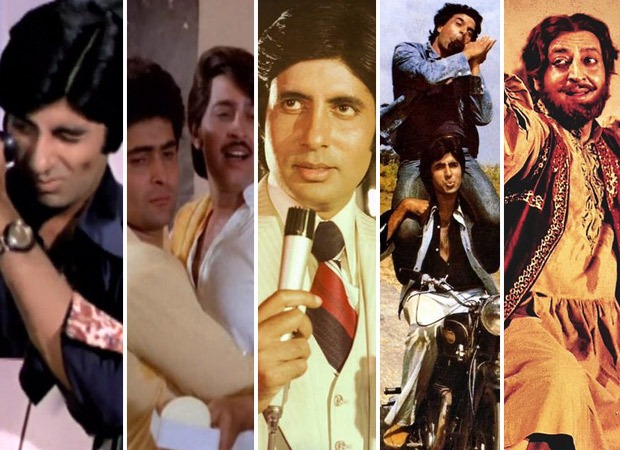 3. ‘Bane Chahe Dushman Zamana Hamara Salaamat Rahe Dostana Hamara’ (Dostana): A rare song bringing arch-rivals Mohd Rafi and Kishore Kumar together. Rafi’s fans believed the Kishore Kumar wave after Aradhana wiped out Rafi’s supremacy. Laxmikant-Pyarelal coaxed the singing stalwarts to come together once again for this rumbustious celebration of friendship. On screen it was Amitabh Bachchan and Shatrughan Sinha faking friendship when in fact they couldn’t stand each other.

4. ‘Yeh Dosti Hum Nahin Chhodenge’ (Sholay): Perhaps the single-most popular friendship song in Hindi films, a lot of gay interpretations have been imputed to the song and its filming. But director Ramesh Sippy vouches for his heroes’ heterosexuality. Jai and Veeru were definitely not gay, although they loved one another to death, literally. This song had Kishore Kumar singing for Dharmendra and Manna Dey for Amitabh Bachchan.

5. ‘Yaari Hai Imaan Mera Yaar Mera Zindagi’ (Zanjeer): Amitabh Bachchan had no songs to sing in this cop’s saga. But Pran who played Mr B’s Pathan buddy, pulled out all stops for this ebullient ode to friendship which Manna Dey sang with glorious gusto. Pran danced around his dost with infectious energy. The song is a rarity in that became a chart-topper although it was not filmed on the leading man. That’s the power of a toast to the dost.