Varun Dhawan and Natasha Dalal have finally tied the knot today in Alibaug at a picturesque location by the sunset. The wedding functions have been nothing short of royalty as the couple looks absolutely smitten by each other during the functions. Bollywood Hungama has gotten hold of exclusive wedding pictures of Varun Dhawan and Natasha Dalal that are bound to leave you mesmerized. 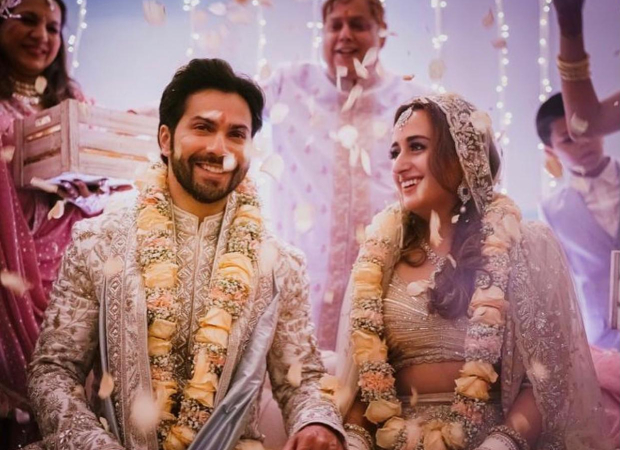 Varun Dhawan and Natasha Dalal got married according to the Hindu rituals and the news has been confirmed by sources. As per reports, the nuptials were supposed to begin at 4pm but it was delayed till 6pm since the Haldi ceremony had begun late. The actor arrived on a quad bike on the songs 'Hiriye Sehra Baandh Ke', 'Zingaat' among others. The cameras are not allowed inside but the couple has finally tied the knot at the Mansion House in Alibaug. 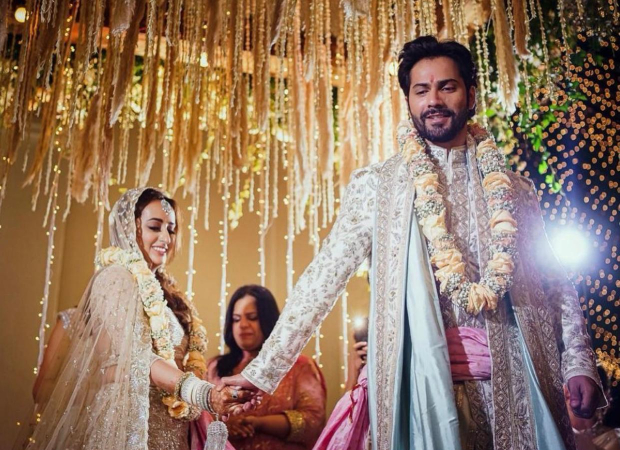