Actors Nia Sharma and Ravi Dubey return to the screens with their series Jamai 2.0 Season 2 premiering on Zee5.  Fans have been waiting in anticipation to see their favourite couple Roshni and Sidharth back together. This time the on-screen couple is filled with more wilderness and passion. 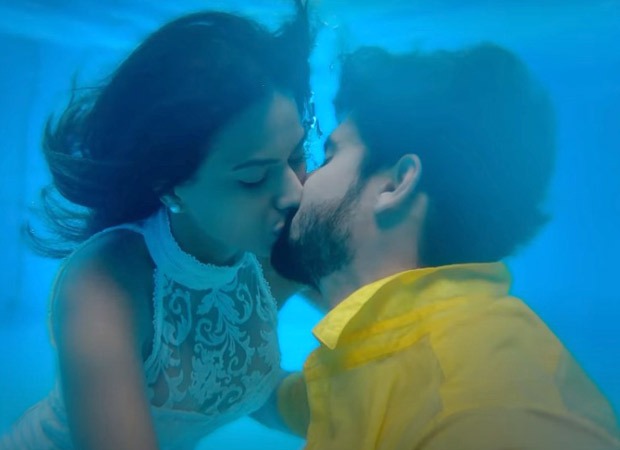 Recently, the actress made headlines for labelling Ravi Dubey as the 'best kisser'. For the uninitiated, in the series, the two actors share some intimate scenes which include an underwater kissing scene. The actor took it well in a positive spirit. When asked about the same to Nia Sharma, she told Bollywood Hungama, "Who will come on board and just say 'Oh! I was kissed badly.' Ravi and I have been working forever. It's been seven years. A TV show has been lifted and brought on the web platform. These are the same characters but brought in a different light. That is the level of comfort I have with Ravi. If I say he is the 'best kisser', ofcourse he was. I enjoyed it and he was lovely. It was just to tell everybody that intimate scenes cannot be made a fuss about. That's all I did there."

"Ravi, by default is a shy guy. He looks all nice and hot but he is shy. When it came to a web platform and things got bold in terms of intimacy and kissing, he took a little backseat. He being uncomfortable made me feel so 'oh come on'! This season he was all out and the scenes were comfortable. He had no inhibitions in terms of doing sex scenes. That's why I went ahead and gave him a compliment on stage that he is the best kisser. That's what I meant," she further added talking about how things changed from season 1 to the second one for Ravi Dubey.

Jamai Raja premiered for the first time in 2014 as a television show on ZEE TV and ended after a successful 3-year run. In 2019, ZEE5 announced a treat for fans with the first season of the Jamai 2.0 franchise, a digital spin-off of the popular television show.