Last Updated 23.10.2021 | 9:30 PM IST
feedback language
follow us on
Bollywood Hungama » News » Bollywood Features News » EXCLUSIVE: “It is important for us as actors to keep up with the time”- Bhagyashree on making a comeback to the movies and her future plans

Actor Bhagyashree had become a nationwide rage in the 90s with the release of the film Maine Pyar Kiya. The film also marked superstar Salman Khan's first film as the lead actor. While Bhagyashree soon left the film industry to focus on her personal life, her performance in her debut film was etched in the hearts of the people forever. Therefore when she decided to return to the screen, it gave many cinema lovers a reason to rejoice. Bhagyashree made her grand debut with the pan-India film Thalaivii which was released in theatres over a week ago. She essayed the role of Jayalalithaa's mother in the biographical film starring Kangana Ranaut in the titular role. 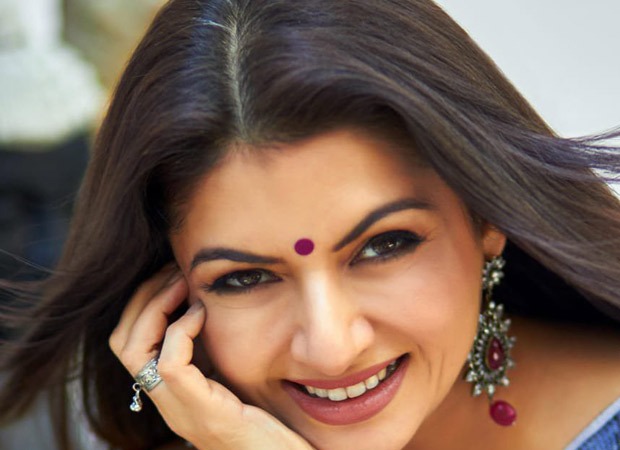 Days after the release of the film, Bhagyashree spoke to Bollywood Hungama about her return to the movies and what she plans for the future. Talking about the response coming her way for Thalaivii, a delightful Bhagyashree said,  “I have had a lovely response. People have very kind and sweet things to say that 'I looked very beautiful on-screen.' When everyone comes and tells me you look very beautiful on screen, I feel like laughing. I am playing the mother. But, of course, it feels really nice to hear that from the audience. It was a small role, but to be able to leave an impact on the audience where they notice that role and they liked me in that. So, it gives me great happiness that I am still in people's hearts."

Bhagyashree distinctly remembers the warm welcome she had on her first day back on a film set after years. Recalling the experience, she said, "I was very nervous. I did not walk on the set feeling normal. I had this entire padded saree and blouse and it was very hot. I was entering the set feeling like ‘OMG I am looking like a round ball of... I don't know.’ I am so used to seeing myself and getting comments from everyone on Instagram saying that I am healthy and I am fit. And here I am walking on the set like a ball. So I walked on the set in that but yes, what was lovely was the way I was welcomed on the set saying 'oh my god, we are so happy to be able to work with you'. And all of them were fans of MPK and having watched the film even in Tamil and Telugu plenty of times over. So yes, that gave me a lot of confidence and made me feel very very nice and suddenly I felt at home felt that this is where I am supposed to be."

The actress also spoke about the major difference she observed in today's filmmaking process and the one in the 90s. While she said that the scale of both Maine Pyaar Kiya and Thalaivii or her upcoming film Radhe Shyam were the same, it was the visual narrative that she said has seen a drastic change. "Today, the way one narrates films is very different. I think it is finally the vision of the director and the writer that we as artists have to put forth. So it’s all about making a scene perfect. It is not about your character being perfect, it’s about making a scene perfect so it touches the hearts of the audience. Earlier, facing was very important. It’s no longer that. Today, you can have the back to the camera and yet convey a lot of emotion, with your voice or feeling or with the way it is shot. You needn’t show an artist with glycerin pouring down your eyes. I am just saying that the visual narrative has changed over the years."

While Bhagyashree has stayed away from the industry, she has always been in touch with the craft by watching movies and learning from the youngsters especially her kids, Abhimanyu and Avantika Dassani. "I have been in touch with the craft. And having my son also get into films, we have been aware. It makes it possible for the younger generation to teach us all the newness that comes on the set. So it’s a lot of learning process in practicality. I have always felt that in the old times we would say that you should learn from your elders, but I say that in today’s time we should learn from the youngsters as we get to learn more. Because it is tomorrow's world and things are changing so fast that if you are not up with the times you will become a dinosaur. We have international shows being watched on Netflix, Amazon, and everyone got a smartphone. So the entire audience keeps seeing it. So it’s not just a niche audience but your complete audience has been exposed to a lot of international cinema, drama, everything. So it is important for us as actors to keep up with the time. We have to be ahead of the curve. We have to think about what more creativity we can add when we are performing," she revealed.

Bhagyashree also said that she does not regret leaving the industry at her prime and does not believe in dwelling on the past. "I don't like to look back. I like to look ahead. Whatever decision I made at that time was good for that time. Today, what decision I make will affect my future. So today I want to make the decision to do more work right now. That's what I am looking forward to," she said.

When asked if she ever worries about getting substantial roles in the industry which is a largely male-dominated industry, she said, "Things are changing as the society is changing. Today lot more women are stepping out of their homes, doing work, doing different things in their life. So it will reflect even in the film. You will see a woman cop, a woman lawyer also which wouldn't be there in the bygone era where certain roles were only given to men. So I wouldn't say that I am in the space where ‘ab kya karenge, ab mummy ji ka role karenge’. It won’t be like that. I would look to doing different roles, playing different characters with a backdrop and needn’t be a hero or the heroine’s mother. I mean there would be much more in today’s time because the scripts are changing and it is no longer a patent story. There's so much more to the creative field right now."

Bhagyashree will next be seen in the pan-India film Radhe Shyam co-starring Prabhas and Pooja Hegde.

ALSO READ: “I was about to get married, so I wasn’t so comfortable doing a kissing scene back then,” reveals Bhagyashree on the sets of Zee Comedy Show