While the judges and hosts continue to post fun reels from their shoots, Dance Deewane 3 has been enthralling audiences with stage performances. Madhuri Dixit shared a video from the set on Monday, dancing to the iconic song ‘Kajra Mohabbat.’ 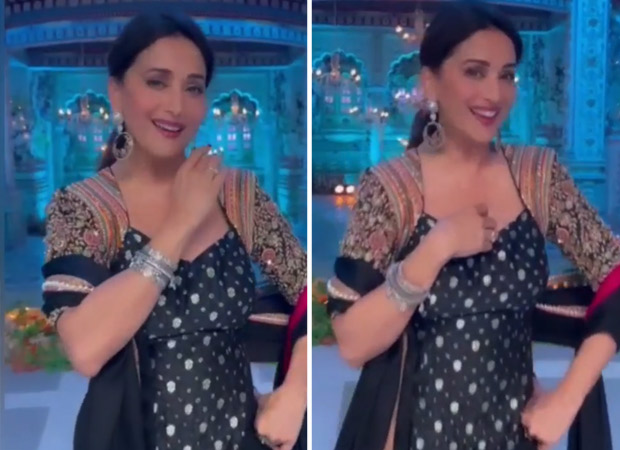 The Devdas actor is seen dancing to the classic song while dressed in a black lehenga. Madhuri, who is known as the "expression queen," masters the steps while also impressing with her smile. While performing Bollywood thumkas, she also executes her signature "eyebrow move."

In February of this year, Dance Deewane 3 was released. The one-of-a-kind reality show allows candidates of all ages to compete, however only in groups of three generations. Its format was recently changed, and now participants have the opportunity to work with choreographers.

Tushar Kalia and Dharmesh are the other judges on the show, in addition to Madhuri Dixit. Bharti Singh and Haarsh Limbachiyaa are now anchoring the reality show while Raghav Juyal is gone owing to prior obligations.