The Indian Music Industry (“IMI”), the organisation that represents the recorded music industry in India, today released its first-ever International Top 20 Singles Chart India. The charts which are formulated using streaming figures of international singles are compiled by global music technology leaders BMAT will be updated weekly on Mondays by sundown. Every week from Friday to Thursday BMAT aggregates and consolidates the data from three leading international DSPs (Digital Service Providers) in the country – Spotify, Apple Music, and Amazon Music. The Top 20 chart is reviewed by the IMI Charts committee comprised of experts from record labels such as Universal Music Group, Sony Music Entertainment, Times Music, and Warner Music Group. 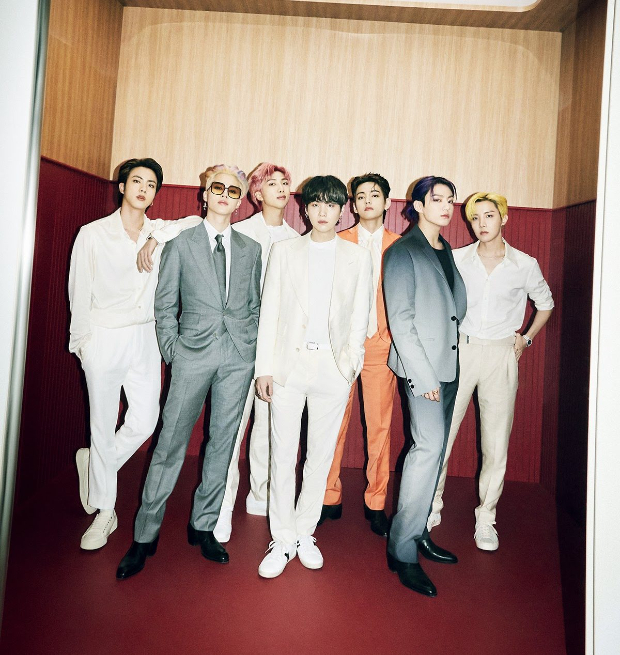 Released on World Music Day on June 21, the first international chart sees South Korean juggernaut BTS' record-breaking second English single 'Butter' claiming the top spot on the chart. The widespread popularity of the biggest band in the world is known to all and India is not new to their music as well. In the last couple of years, their music has soared on streaming platforms beating some of the biggest Indian songs, at the time. On the very first chart itself, BTS claims not one but three spots with their songs on the Top 20 Singles Chart. 'Dynamite', their first-ever group English single, a retro disco-pop track that released in August 2020 and soared atop on Billboard Hot 100, is ranked at No. 8 on the chart whereas their Korean song 'Life Goes On' from their album 'BE', which also debuted at No. 1 on Hot 100, is at No. 20 in India on the chart.

Dua Lipa's song 'Levitating' ranks at No. 2, followed by 'Montero (Call Me By Your Name)' by Lil Nas X at No. 3, 'Peaches' by Justin Bieber ft. Daniel Caesar and Giveon at No. 4 and 'good 4 u' by Olivia Rodrigo at No. 5 on the first chart in India.

The aim of the IMI International Top 20 Singles Chart is to make it easy for music enthusiasts to discover fresh and exciting music. “Sony Music India is delighted at the launch of the first-ever official Indian Music Industry charts. This is a landmark moment as music listeners can now get unbiased International Music Charts which are based on actual consumption data across leading streaming service providers. This will pave the way for the growth of global music amongst Indian fans with significantly higher engagement and also put India firmly on the Global Music map,” says Rajat Kakar, Managing Director India, Sony Music Entertainment.

“The IMI charts are the first-ever formal launch by the Indian Music Industry to provide a concise, factual, and real-time chart system for its stakeholders to refer to. The mechanism to arrive at the charts is industry-grade and is collated from data analyzed across all verticals and as such will be the definitive charts for Indian consumers and global stakeholders. Times Music is proud to be part of this initiative,” adds Mandar Thakur, COO, Times Music.

“Warner Music Group India is excited to be involved with this project. The exponential growth of smartphones coupled with a plethora of streaming services has taken international recorded music to the remotest part of India. International music today is no longer a metro or city-centric genre its pan India, and the IMI International Charts will be a true representation of what India listens to,” says  Jay Mehta, Managing Director, Warner Music Group.

“I am delighted to launch the International Charts - an inaugural consumer-centric foray by IMI, which is largely a recorded music trade body. The charts represent what consumers in India are listening to. Globally charts are an effective search and discovery tool, I expect the same to happen in India. Given our country’s socio-eco-cultural diversity, the chart rollout will be in phases. Phase two will see the launch of regional charts in two Indian regional languages. Once we get the operations and formulae right, we plan to launch the IMI NATIONAL CHARTS - our endeavour to highlight the music consumers in India enjoy - on a weekly basis,” says Blaise Fernandes, CEO & President, IMI.

“IMI is proud to present the first phase of our IMI India charts roll out, we have outsourced the entire process to BMAT, a recognised global brand in the music ecosystem, associated with music charts in over 22 countries. The DSP’s or streaming platforms share consumer data with BMAT. The data is then processed, as per international norms, giving the charts 100% transparency and accuracy,” adds Dema Therese Maria, Lead Charts & Certifications, IMI.

“The introduction of the IMI International Top 20 Singles Chart is a great milestone for music in India and is an important step in the development of further charts to capture the full extent of India’s unique music culture and the vibrant and growing music industry in the market,” said Lewis Morrison, Head of Global Charts and Certifications, IFPI, in a statement.

"As the official charts compilers for 22 countries alongside IFPI, we’re excited to be partnering with IMI to do India's charts. It’s a pleasure to be using our technical expertise to keep India up to date on their huge streaming market as well as help them make their culture more accessible to international consumers,” adds Enric Calabuig, VP Charts, BMAT.