For the first time ever, a digitalized version of the popular reality shows Bigg Boss will be aired six weeks before the television version of the show. Termed Bigg Boss OTT, the show which will be streamed on Voot will be hosted by Karan Johar. Karan had earlier said that the show will be a lot more sensational and dramatic. Staying true to that, the makers dropped a teaser on Tuesday evening giving a glimpse at what the audience can expect. 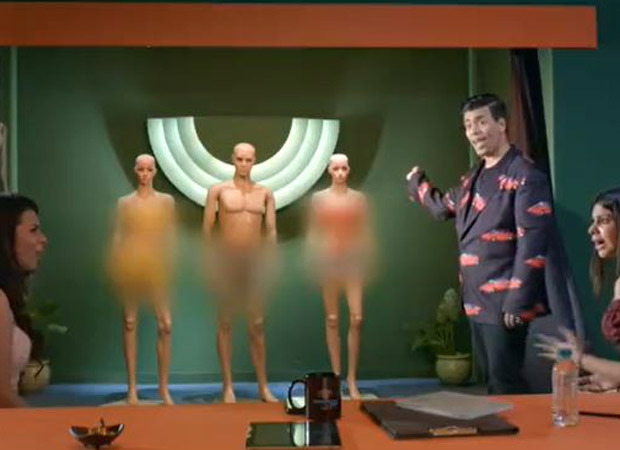 In the promo video, Karan is seen explaining his ideas to his team who are blown away after hearing them. Karan revealed the kind of attire, tasks, and punishments that the contestants will have to go through. Karan suggested explicit attires and tasks in the video and said that the punishment will be decided by the viewers.

Sharing the video, Voot wrote on their Instagram handle, Woahhhhhhh woahhhhh Karan this is definitely crazyOMGGGGGGGG we cannot wait. Bigg Boss OTT aa raha hai lekar some wild, crazy Over The Top entertainment only on Voot."

Last month, Salman Khan, who is the regular host of the televised version of Bigg Boss had announced the OTT version on OTT. While announcing the show, he had said that the upcoming season will be much more crazy and over the top and will be banned on TV.

Bigg Boss OTT is all set to premiere from 8 August 2021 on Voot Select. It will have various influencers, celebrities, and commoners who will be locked inside the house. The ones who will win the show will enter as main contestants in the main Bigg Boss 15.