Bigg Boss 15, hosted by Salman Khan, will be returning on TV shortly to keep you entertained in the nights. This season, a fantastic cast of contestants has been assembled to enter the home. Following the announcements that Umar Riaz, Donal Bisht, Shamita Shetty, Nishant Bhat, and Pratik Sehajpal will be entering the Bigg Boss 15 house, the promo reveal has revealed four new names: Karan Kunddra, Simba Nagpal, Tejaswi Prakash, and singer Afsana Khan. 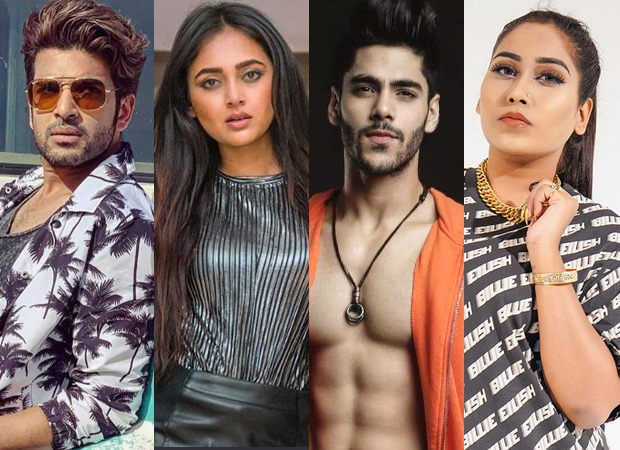 Bigg Boss 15 will premiere on October 2nd. Salman will host the show, which will air at 9 p.m. This season's Bigg Boss theme will be "jungle mein sankat." Salman was seen navigating the jungle territory in some of the promos as a forest officer. It has been suggested that the participants will have to spend some time in the jungle before being allowed to enter the main house, and that some of them may be eliminated before being allowed to enter.

Salman, who was away filming Tiger 3 in Europe, has returned to India for the premiere of Bigg Boss 15. He was recently spotted at the Mumbai airport. This will be his 11th season on the reality show as a host. A six-week digital edition of Bigg Boss 15 aired prior to the start of the show. The three runners-up, Pratik, Nishant, and Shamita, have been awarded admittance from the previous season to the main one on Colors TV.