Bollywood star Bhumi Pednekar was catapulted to stardom by her debut film, Dum Laga Ke Haisha (DLKH), in which she plays the role of an overweight girl who stands up for her rights. Bhumi credits her debut, directed by Sharat Katariya, to be a milestone moment that paved her path to glory. She was recently shooting in Rishikesh for her next Badhaai Do and was extremely overwhelmed as she was shooting in the same house that was used for her debut film. 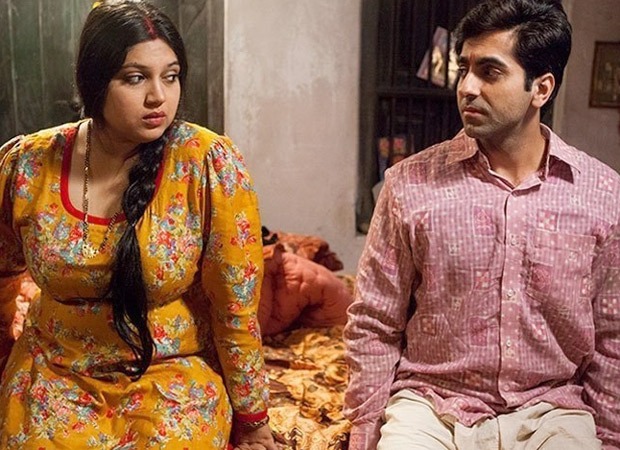 The versatile actress says, “Dum Laga Ke Haisha is truly a milestone moment of my life and I can’t imagine how my career would have shaped up without it. I was extremely fortunate to get this film and everyone knows how hard I worked to deliver this role. It was such a coincidence that I shot at the same location again for Badhaai Do. The house which was my first ever location, for my first film was used for Badhaai Do. I was so nostalgic. What were the chances that after 6 years, I would be at the same place!”

She adds, “I was super nostalgic that I was actually at the locations where I shot DLKH. I was actually standing at the same spot where I gave my first shot ever in life as an actor. I remember we had done about 11 takes for this and I was so nervous. That is where Bhumi the actor was born.”

Bhumi feels she loudly told the industry that she meant business as an actress with her first film. She says, “DLKH gave me an identity as an actress and enabled me to tell the world that I was different, I was hungry, I was ambitious, and that I would take incredible risks to carve my legacy in the Hindi film industry. Today, when I look back at my debut, I’m filled with gratitude towards everyone who ensured that I do my best.”

Bhumi credits the entire team of her first film for inculcating confidence in her as an artiste. She says, “Right from Shanoo, Adi sir, Maneesh Sharma, Sharat Katariya and even Ayushmann – everyone believed in me and that gave me so much confidence to go out there and present myself as an artiste. DLKH is and will always be a film from which I harness confidence to take on more risks, to experiment constantly and present myself new on-screen every single time.”

ALSO READ: “All we really hoped for was for the audience to connect”- Dum Laga Ke Haisha producer-director duo Maneesh Sharma and Sharat Katariya