Actress Saumya Tandon is currently away from the glam and glitter of the entertainment industry for some time. While she has been away from the Television screens, she stays connected with her fans through her social media handles. Although she is active on all the platforms but is the most on Instagram. She keeps posting photos and reels of her workout, dance performances and from her hot photoshoots. 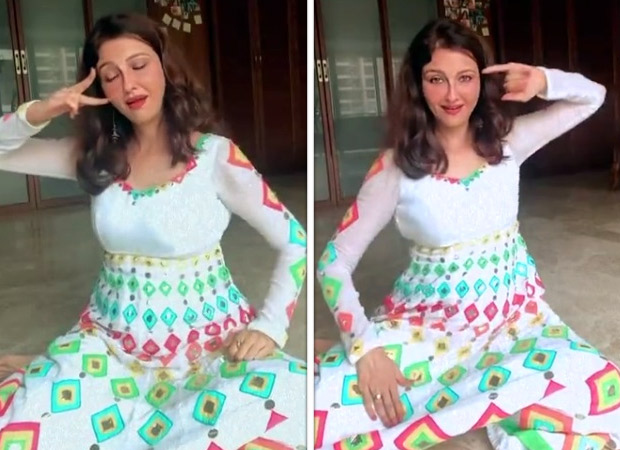 Now, recently she took the internet on havoc as she posted a reel dancing to Kareena Kapoor's song 'Aaoge jab tum Oh Saajna' from the film Jab We Met. Saumya was also a part of the film and played the role of Kareena' Kapoor's cousin sister Roop. In the video she shared, the actress was wearing a beautiful white Anarkali dress that had colourful prints. Not many know about the fact that Saumya Tandon is a trained classical dancer. The 36-year-old actress truly reflected the training on her graceful moves. Her stellar performance and killer expressions were truly a delightful treat for her fans.

On the work front, Saumya was last seen in the sitcom Bhabhi Ji Ghar Par Hain?. In the show, she essayed the role of Anita Vibhuti Mishra for good 5 years. Post that the actress left the show stating the reason to break the monotony and experiment with characters.