On Monday, August 2, the much awaited guidelines were released by the Maharashtra government. Last week, the state health minister Rajesh Tope had hinted that cinema halls will be allowed to reopen. It led to a lot of cheer among the exhibitors and also the trade. The cinemas had resumed operations in most states of India. But the reopening of cinemas in Maharashtra was important since it contributes a major chunk to the box office revenue. Hence, Rajesh Tope’s indication and the announcement of Bellbottom team that the film is releasing on August 19 made everyone confident that theatres would reopen in Maharashtra this week. 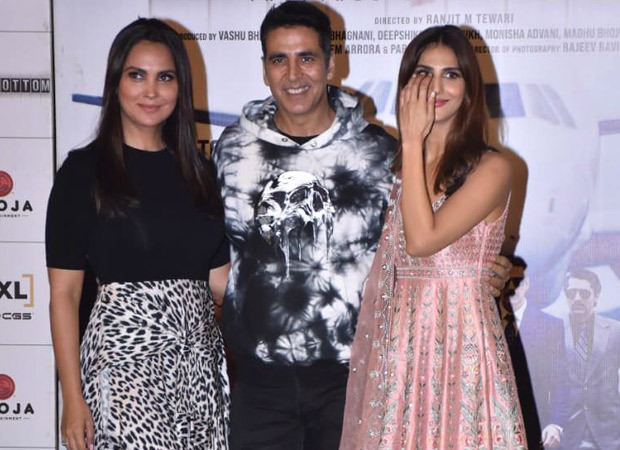 Sadly, the guidelines clearly stated that the theatres and multiplexes would still not be allowed to restart. It sent shockwaves everywhere. Many also feared that Bellbottom might yet again get postponed. Thankfully, the trailer was launched yesterday by the film’s lead actor Akshay Kumar and the entire team in a grand fashion at a multiplex in Delhi.

It was, hence, not surprising that one of the first questions posed by the press was about Maharashtra. Producer Jackky Bhagnani was asked whether he’s worried that Maharashtra has not given the go-ahead to cinemas to restart and whether this would affect the box office prospects of Bellbottom.

To which, Jackky Bhagnani replied, “No I am not worried. Of course, Maharashtra contributes almost 30% (of the domestic box office). When it comes to Bellbottom, we are just happy with Akshay sir’s leadership and to be the flagbearers. This one is for the fraternity and we are glad that it's coming in theatres. Yes, business is important but for this film especially, I feel the biggest box office is that we are coming in theatres (sic).”

Sources in the trade and industry have also hinted that there are strong chances that cinemas would open by August 12. While some have hinted that it’ll happen on Independence Day, that is, Sunday, August 15.