Actor Ananya Panday, Shah Rukh Khan's daughter Suhana Khan and Sanjay Kapoor's daughter Shanaya Kapoor are known to be best friends, but it seems like Amitabh Bachchan's granddaughter Navya Naveli Nanda is also a part of the gang right from their childhood days. On Thursday, Ananya shared a then and now picture of the four and their transformation is absolutely stunning. 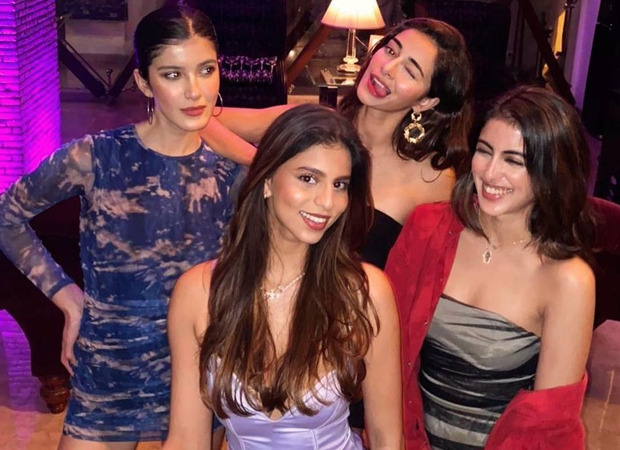 In the first photo shared by Ananya, all four girls can be seen in their glamorous avatar having fun at a party. In the second picture, all four can be seen in swimsuits from their early childhood days.

Sharing the gem of a picture, Ananya wrote, "Nothing really changes (except I don’t bite Suhana’s head anymore...ok maybe I do sometimes). Commenting on the post, Suhana wrote, "Uhh and I got taller.”

Suhana also shared a picture from the party with her girl gang. However, in the picture she is in the focus with the other three blurred. "Just me being the main character. Lol (sic)," she captioned the picture.

Navya Naveli also shared the throwback photo with the caption, “How it started vs How it’s going (sic)."