Amy Louise Jackson is a former Miss Teen World. Jackson has appeared in over fifteen films. She made her US debut in 2017 with Warner Brothers production of DC Comics Supergirl as Imra Ardeen/ Saturn Girl. Jackson’s most notable roles include her debut into the industry as Amy Wilkinson in Madrasapattinam, Sarah in action film Singh Is Bliing, and Nila in India’s most expensive film 2.0. 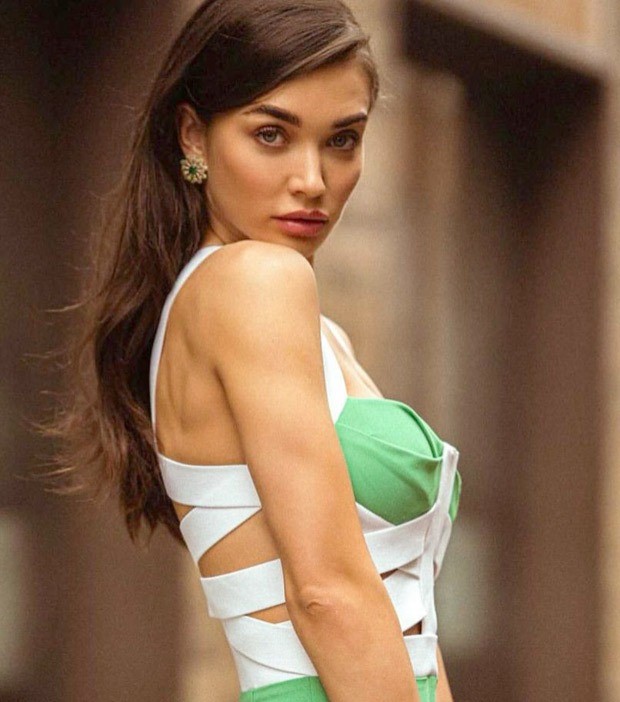 In her latest pictures, Amy proves that white and green is her colour and bandage dresses are back in trend and how! Amy Jackson styled a white strappy bandage dress with pastel green bandage straps to give it the perfect colour blocking. The dress featured a powder green bustier with a skirt of the same shade. The midi dress looked stunning on her as it hugged her in just the right places. Her makeup was stunning and soft with a shimmery undertone. She looked gorgeous in this piece with a white clutch bag with heavy stone embellishments and shiny rings. 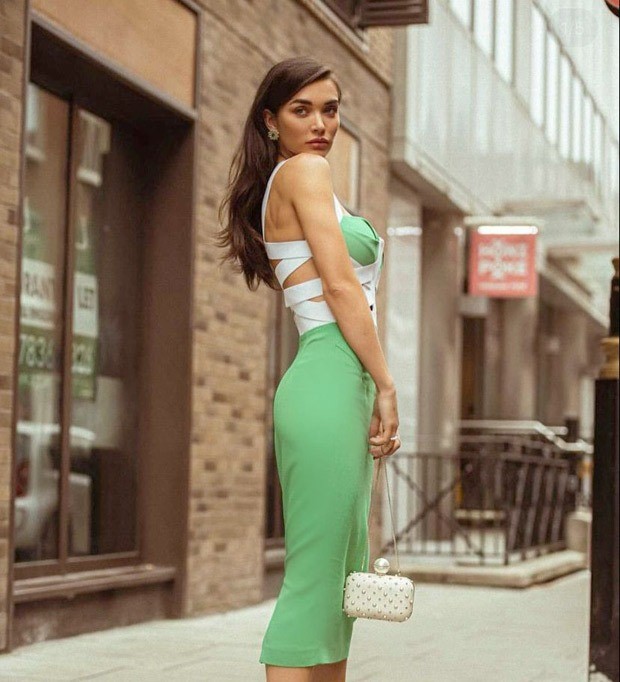 Amy hasn't done a lot of films in the last few years. She shares a daughter with partner George Panayatiou.