Last Updated 23.10.2021 | 9:30 PM IST
feedback language
follow us on
Bollywood Hungama » News » Bollywood Features News » Alia Bhatt has the most romantic wish for beau Ranbir Kapoor as they celebrate his 39th birthday together

It’s Ranbir Kapoor’s 39th Birthday! Ranbir and Alia had jetted off to Jodhpur to celebrate the former’s birthday. They both look loved up sitting by the beach facing the sea as they stare off towards the endless horizon. Alia is seen lovingly leaning on Ranbir’s shoulder as they make an adorable pair. Alia captioned the picture with a heartfelt wish that read, ‘Happy Birthday My Life’ and we’re all a gooey mess! 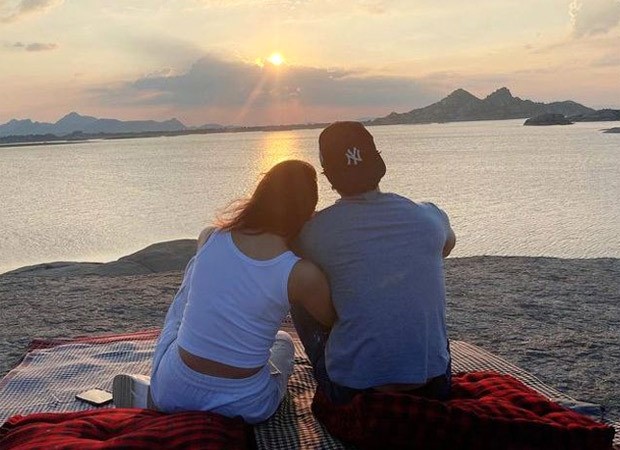 Rumour mills are rife about an impending marriage between Alia and Ranbir and their latest outing has created a buzz. Reports suggest, they were scouting a destination for the much awaited wedding.

Over the years, it was reported that Alia and Ranbir are looking forward to getting married after the release of their much awaited movie Brahmastra. In an interview, Ranbir had said that if not for the pandemic they would have been married.

She has also been tirelessly working on her next big project helmed by S.S. Rajamouli, also starring South Superstar Ram Charan and Jr. NTR. She also has Darlings and Rocky aur Rani ki Prem Kahani alongside Ranveer Singh in her kitty.

Apart from this, Ranbir has Shamshera, Animals, and an untitled next alongside Shraddha Kapoor.

Bipasha Basu turns up the heat in a sexy…