Janhvi Kapoor will be seen playing the titular role in the upcoming film Roohi. From the trailer of the film, we have seen that Janhvi's character will be transformed into a ghost. With just two days left for the release of the film, Janhvi took to her Instagram on Tuesday to share a couple of behind the scene pictures from the film. 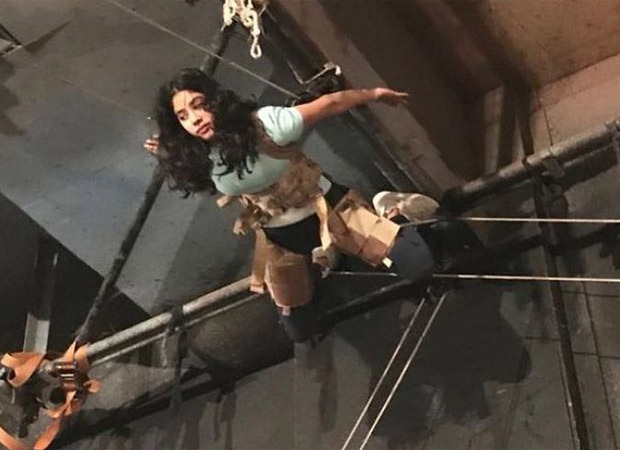 In the first picture, Janhvi can be seen sitting alone in the backdrop of a dense forest at night. In the second and third picture, the young actress is seen getting ready to play a ghost. In one of the pictures she is seen tied to a harness.

Directed by Hardik Mehta, Roohi is one of the first films to hit the theatre since the Central government allowed it to operate theatres at 100%. The film also stars Rajkummar Rao and Varun Sharma and is produced by Dinesh Vijan.