It's been 27 years since Anjaam starring Shah Rukh Khan, Madhuri Dixit and Deepak Tijori released. The song 'Chane Ke Khet Mein' had become immensely popular and to this day, it is played on many occasions. The actress took to Instagram to celebrate the occasion. 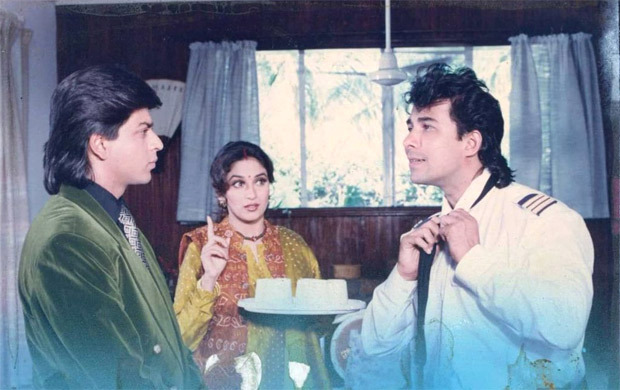 Sharing pictures from the film, she described the film as memorable. "#27YearsOfAnjaam One of my memorable films with @iamsrk & #DeepakTijori filled with lots of emotions, drama, and entertainment,” her caption read.

Madhuri Dixit and Shah Rukh Khan have starred together in many films including Dil Toh Pagal Hai, Hum Tumhare Hai Sanam, and Devdas.