25 years ago, on July 4, a crackerjack thriller named Gupt hit the screen and proved a huge winner. Today, the film remains alive, apart from its content, for three aspects: the songs, the background music and Kajol’s electrifying performance. And the first two were Viju Shah’s domain. 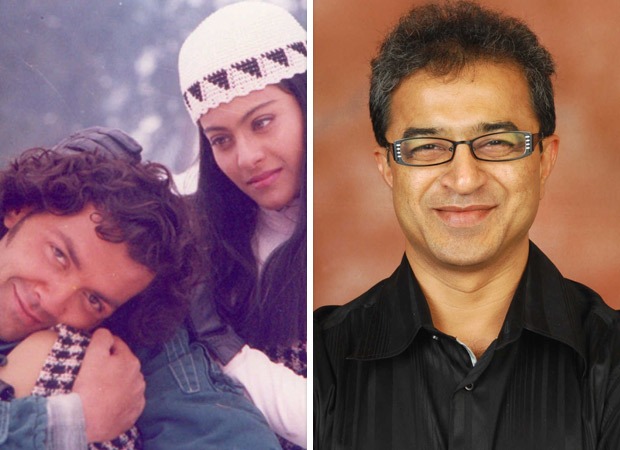 25 Years of Gupt: The genius behind the tracks of Gupt, Viju Shah opens up on composing and recreating tracks

It was in 1974 that Viju, son of the legendary composer Kalyanji (of Kalyanji-Anandji) first played the keyboard on their songs for Don—he was 15. And it took a full fifteen years for him to debut as a composer (with joint billing with K-A) in Tridev (1989). In the same year, he composed the background score for Ladaai and Chaalbaaz.

Viju was fully credited as song composer only with Muqaddar Ka Badshah in 1990. Since then, he has done less than 30 films, a TV serial, a Gujarati film and several private projects, besides the background music of Yalgaar, Andaz Apna Apna, Main Khiladi Tu Anari and some more.

You had done Tridev, Vishwatma and Mohra with Rajiv Rai—and even parts of Yudh—with Rajiv Rai before Gupt. What was his brief this time?

Rajiv was leaving for a holiday, and going to meet Kajol, when, on the way, he met me and said that he was planning a film in which the heroine was the murderer! I told him that it would be a great subject, provided he could carry off a 2.5 hour film with conviction! And the moment he decided on a film, he would mentally fix the route his songs would take. We were aware of how we were considered repetitious with Vishwatma after Tridev, so in Mohra, we had decided to give a score that was like a buffet, with something for everyone. This time, he was stuck on a definite, modern trance-like feel in all songs, whether happy, sad, romantic or whatever. He wanted an element of electronica and not Indo-Western.

Was there any special brief on Kajol’s songs, since she was to be the killer?

Not really. Kajol had four songs, one of which, ‘Yeh Pyar Kya Hai’ was also with Manisha Koirala. We designed ‘Mere Sanam’ with an element of suspense and ‘Yeh Pyaasi Jawani’ had intercuts with Manisha too. ‘Mere Khwabon Mein Tum’ was a straight duet. 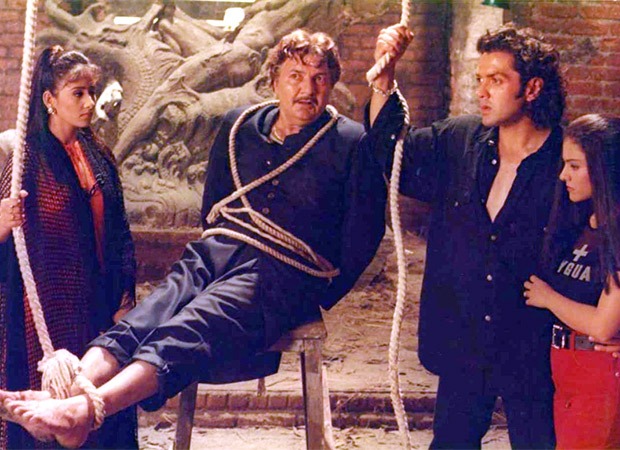 Your riffs, whether of the vocal kind in this song, or instrumental ones, always stood out.

Yes, because Rajiv loves to hear parts of his songs in the background music as well. But what I realized when my song ‘Tip Tip Barsa Pani’ from Mohra was re-created in Sooryavanshi was that if I compose or even re-create this song or any other now, I will modify the composition to have contemporary appeal, but will never be able to improve upon the instrumental riff. That happens at that time!

All of Rajiv’s films, except Asambhav after his death, had Anand Bakshi writing lyrics—as a trio, you were magical.

To begin with, Rajiv’s filming of songs is exceptional, and frankly, has a huge hand in their becoming hits! And Bakshi-ji’s thinking took the story forward and made it easier for a director. Our association, in his lifetime, had two exceptions in Mohra that were written by Indeevar-ji. Bakshi-saab was inimitable, and he had his own unique way of working. The way Rajiv and he also interacted was in a league of its own.

Like in ‘Mushkil Bada Yeh Pyar Hai’, I gave him this line in my tune along with the rest of the dummy words. Having Rajiv’s brief, he caught on this line, and decided to write the complete song in a parade of adjectives describing love! The song started off with ‘Bechainiya, Betaabiya, Yeh Dooriyaan, Majbooriyan’ and so on—all adjectives describing how mushkil love was! He told Rajiv that he will not keep the conventional mukha-antara structure here! So I had to forget the tune I had made for the antara!

I had come to realize that whenever Bakshi-ji complained of a meter being difficult to write on, it was only until he had not cracked a line that sparked him off! With ‘Tip Tip’ for example, he complained that my mukhda of 8 lines was too long. He asked me why I composed such long ones and I gently told him that Rajiv had passed it. But if he wanted something else, we could sit together with our director. Since the ball was in his court now, he told me to hold on, and then caught my dummy line ‘Main kya karoon’! In the next 15 minutes he had cracked the mukhda!

In ‘Subah Se Lekar Shaam Tak’ (Mohra), he wrote an entire song depicting the intensity of love without a mention ‘pyar’ once! In ‘Ae Kaash Kabhi Aisa Hota’ in the same film, he wrote a song in the genre without once mentioning the word ‘bewafa’! For ‘Tu Cheez Badi Hai Mast Mast’ (Tridev), we worked on a record six sittings when he never needed more than three! And that because Rajiv was adamant on the repetition of words in its structure, like Nahin mujhko koi hosh hosh! I worked with Bakshi-saab also in Tere Mere Sapne, Bulandi, Raavanraaj and more and remember my dad’s words—that he was unparalleled at giving the deepest thoughts in the simplest words.

You mentioned the re-creation of ‘Tip Tip’, but ‘Tu Cheez Badi Hai Mast Mast’ in Machine, ‘Gali Gali Mien Phirta Hai’ from Tridev in KGF and ‘Aankh Maare’ in Simmba have also been re-created. What do you think of this trend?

I am happy that the songs of that era are being redone to appeal to today’s generation. As you can see from the examples you mentioned, it is important that they are done in a big film and it is a hit! I re-created two Kalyanji-Anandji songs in the flop remake of Victoria No. 203, and see what happened! On the other hand, I strongly feel that the songs selected for re-creations must be the unknown masterpieces of our legends, so that people become aware of their existence!

You had a distinct identity outside Rajiv too, with scores like Aar Ya Paar, Tere Mere Sapne, Bulandi, Raavan Raaj and more. How unhappy are you about the fact that you never got your due?

Like my father, I think that whatever is destined for me will always come my way. I have no complaints as I have always done music that I like to do. I have never worked much as you know, and God has even kept my songs alive through re-creations! A year ago, I also did the BGM for Shah Rukh Khan’s Netflix film, Class of 83.

You were very much in demand also as a musician.

I always wanted to concentrate on electronics and rhythm. I wanted to bring with electronics the kind of power (Laxmikant-) Pyarelal brought to their acoustic music! One of my regrets is that I was the only keyboardist not playing on their ‘Jumma Chumma’ because I was busy elsewhere!

What will we hear from you now?

Right now, I have readied a song for Rajiv Rai’s comeback film in which, apart from us, everyone, including the singers, lyricists and cast, are all new. As of now, he wants only one or two songs, but you never knew the route Rajiv will finally take. It’s a one-schedule film that will be shot over two months.

Also Read: 25 Years of Gupt EXCLUSIVE: “I didn’t feel bad about not winning a Filmfare. Dil To Pagal Hai won in the Best Music category that year and it deserved it” – Viju Shah