Vijay Krishna (Viktor) Acharya, the writer of Dhoom and Dhoom 2 and the director of Dhoom 3, has given India its biggest franchise with these adrenaline-pumping, anti-hero entertainers that have been true visual spectacles. On the 14th anniversary of the blockbuster Dhoom 2 starring Hrithik Roshan and Aishwarya Rai Bachchan, Viktor opens up about how he created a new genre of slick action entertainers in India with these films. 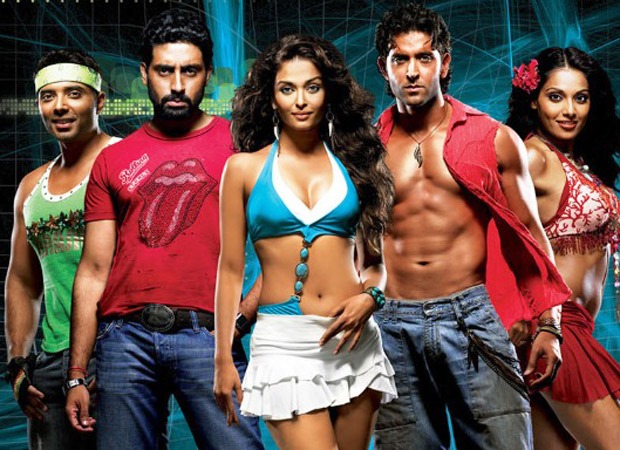 “The success of Dhoom told us that there was a possibility of a cooler style of an action film in India. However, Aditya Chopra was very clear that we should never make a film only to satisfy the idea of a franchise. We have tried to stick to that principle throughout. Dhoom 2 had everything pushed up a couple of notches, in every department. I think we managed a racy screenplay, one that keeps you wanting to know more, and personally, I really enjoyed writing all the characters and their minor quirks,” says Viktor, whose films have set new benchmarks for the industry to chase at the box office.

Talking about why he feels Dhoom 2 became a rage, Viktor says, “I think, the trick to the screenplay of Dhoom 2 lay in the fact that it was a film which was the continuation of an action film franchise but it became a love story, at its heart and that kind of made the film transcend whatever is the limitation of the genre,” he says.

He adds, “I remember when Dhoom came out, and when Dhoom 2 was announced, everyone felt that Dhoom had bikes and all and this one will have cars, that somehow seem to be the natural continuation. The fact is that you don't make a film about inanimate objects. Even if there are bikes and there's action, we are always trying to encapsulate a feeling. You are always trying to convey an emotion, whatever that might be, and Dhoom 2 with its love story connected with everyone.”

Dhoom 2 gave audiences a super-hot pairing in Hrithik and Ash that they fell in love with. Hrithik played the super cool thief Aryan and Aishwarya looked her hottest best as Sunehri. Ask Viktor to share his creative strategy behind writing these characters and he reveals, “Aishwarya's character was a little bit of a surprise for everyone and I like the idea of this girl who is on the wrong side of the tracks but is ambitions, whatever be her circumstance, it has led her to be. This character, who lives a very interesting life and is a small-time criminal, was charming and vulnerable and only in the glorious world of Hindi films can you have somebody who's both a dancer, that's her day job and she is a thief by night!”

He adds, “Aishwarya had never done something like this before. She had played much more traditional characters, more complex, dramatic characters. Light-heartedness is always something exciting in an actor. So, this geometry of Hrithik and Aishwarya was an important sort of a milestone in the film and I think in the world of mainstream entertainment in India, it was a pretty good, and pretty solid paring which stood the test of time.”

Talking about Hrithik’s character, Viktor reveals, “Hrithik's character was again in the tradition of what we think is the Dhoom anti-hero. And for me, the idea was someone who exists within society and yet on the fringes of it. Yes, he is a criminal, but he is somebody who is also looking for things that are only special. He is someone exceptionally good at his craft. Those things went into the making of the character and that helps the actor embody something. It helps the director visualize something.”

He adds, “Aryan is actually a collector and he got a high from it. Curiously enough, his arc is that finally through his theft, what he finally manages to steal, is somebody else heart and that ends his life of crime. So, in a very unsaid way, there was a kind of redemption to his character and I think both Hrithik and Aishwarya came into the film and in those characters in a very exciting manner. What Hrithik did to his role, I have to say, was really, really special. He was also, before this, never been presented in this manner and people simply loved him.”

ALSO READ: 14 Years Of Dhoom 2: "I had Aishwarya Rai Bachchan and Hrithik Roshan so it wasn’t difficult for me to make them look cool" -  says choreographer Shiamak Davar