Vikram Vedha, that is a remake of the Tamil movie by the same name, stars Hrithik Roshan and Saif Ali Khan in lead roles. With the trailer garnering a much positive response, there is much anticipation about the film. The movie, which is expected to release later this week, was screened specially for the Central Board of Film Certification (CBFC) earlier today and it seems that the film has been passed with U/A certificate. 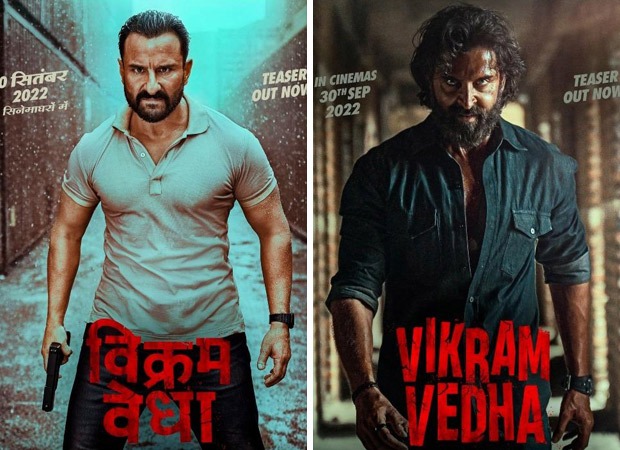 Vikram Vedha gets U/A certificate; the Hrithik Roshan, Saif Ali Khan starrer to have a run time of 2hrs, 40 mins

The makers held a special screening of Vikram Vedha on September 26. Trade Analyst Taran Adarsh confirmed about Vikram Vedha receiving a U/A certificate (which means kids accompanied by adult) whereas the runtime of the film has also been revealed.        The film is expected to have duration of 159 mins and 15 seconds, that is, 2 hours, 39 mins and 51 seconds.

Vikram Vedha talks about the story of an upright cop who has a clear distinction of black-and-white who is on loggerheads with a gangster who helps him understand grey. The perception of the cop slowly changes as he understands grey and how no person can be defined as black or white.

The original featured R Madhavan and Vijay Sethupathi as Vikram and Vedha respectively. Coming to the Hindi version, it will feature Saif Ali Khan and Hrithik Roshan in the respective roles whereas Radhika Apte plays the role of Khan’s wife and a lawyer. The film also stars Rohit Saraf, Yogita Bihani, among others and is directed by Pushkar Gayatri, who also directed the Tamil version. The film, produced by Reliance and T-Series and it is slated to release on September 30.

Also Read: BREAKING: Teaser of Varun Dhawan-starrer Bhediya to be attached with the prints of Hrithik Roshan-starrer Vikram Vedha