Suniel Shetty recently filed a complaint against a production house called Balaji Media Films Pvt Ltd in Versova Police Station. The actor has accused the said production house for using his face on the poster of their film Vineeta to gain finances. Suniel Shetty filed the complaint as soon as his friend informed him of this act. While it is unfair to use his popularity for money, the actor says he would want to have these frauds jailed. 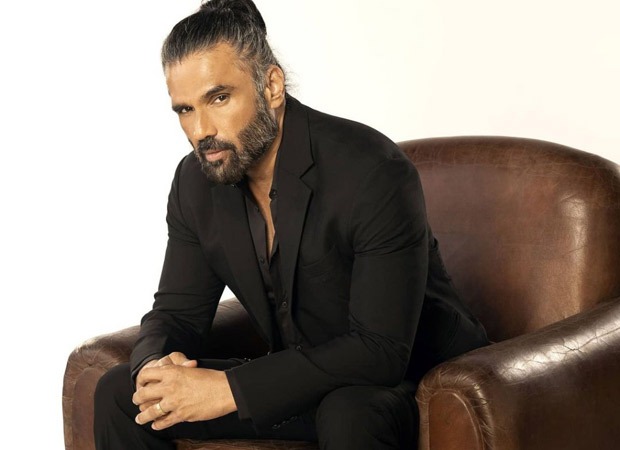 The poster went viral and his ‘association’ to the film lured in a lot of talent and money. While the FIR has been registered, the police are investigating the matter thoroughly and are hoping to get a hold of the culprits. Suniel Shetty was also miffed about the fact that the production house is called Balaji Media Films, knowing full well that Ekta Kapoor owns a production house of a similar name. Suniel rightly pointed out that a cursory look on the poster makes it look like Ekta Kapoor is producing a film called Vineeta starring him.

Suniel Shetty addressed the frauds as dangerous elements of society and said that no one has approached him for a role in a film like this so the matter of starring in it is a far-fetched thought. The actor clarified that had the fraudsters been on the right side, they would not have blocked his teams’ numbers when they decided to call and come clean. The actor is hoping that Cyber Crime Cell will be involved in the matter and the police have reassured him of the same.

Also Read: Suniel Shetty says the perception that every industry kid is a druggie is wrong