TIME magazine has unveiled the Time 100 list of most influential people of the year and Black Widow star Scarlett Johansson, singer-songwriter Britney Spears, and actor Kate Winslet are among the ones who made their way to the list. 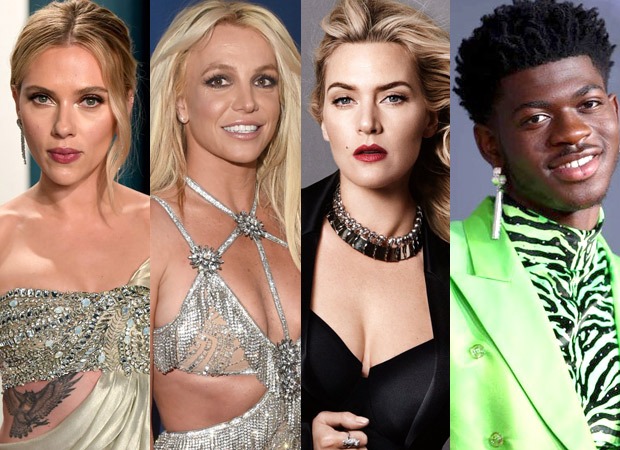 The annual list awards space to people from different fields who changed the world in some way. Besides these powerful women, Ted Lasso headliner Jason Sudeikis, rapper Lil Nas X, Oscar-winning director Chloe Zhao, Judas and the Black Messiah actor Daniel Kaluuya, Minari’s Steven Yeun, among others were also added in the list.

Johansson’s presence in the list is said to be the result of her ongoing lawsuit with Disney, whose subsidiary Marvel Studios has employed her in the role of Natasha Romanoff or Black Widow since 2008’s Iron Man, in whichshe claims the movie’s hybrid release cost her $50 million in bonuses. The reason behind Johansson’s inclusion as explained by Jamie Lee Curtis is because of her on-screen presence as the Black Widow, who exacts revenge on a powerful figure who manipulates (emphasis on man) women to fight adding to that Johannson’s brilliant response to a real-life manipulation (same emphasis), when she filed a breach-of-contract lawsuit against the studio was a strong move.

As for Princess of Pop Britney Spears, who has been engaged in a legal battle of her own to end her conservatorship, also made it to the list. For the unversed, her father, Jamie Spears, has been in control of her life and finances since 2008 due to a court order in the wake of her hospitalization and concerns about her mental health. She recently got engaged to boyfriend Sam Asghari. Paris Hilton wrote about her that despite the darkness that has surrounded her life, Britney embodies joy and shares the light of her beautiful heart and will forever be the superstar and so everyone stand by her and root for her as she turns pain into purpose, her unwavering spirit stronger than ever.