The highly anticipated Vikram Vedha, Hindi remake of Tamil film with the same name, has finally hit theatres today. The film, which was originally headlined by R Madhavan and Vijay Sethupathi, stars Saif Ali Khan and Hrithik Roshan in the lead roles. The action-packed thriller has been one of the most awaited remakes of the year. With the film releasing in over 100 countries, the screen count details are out. 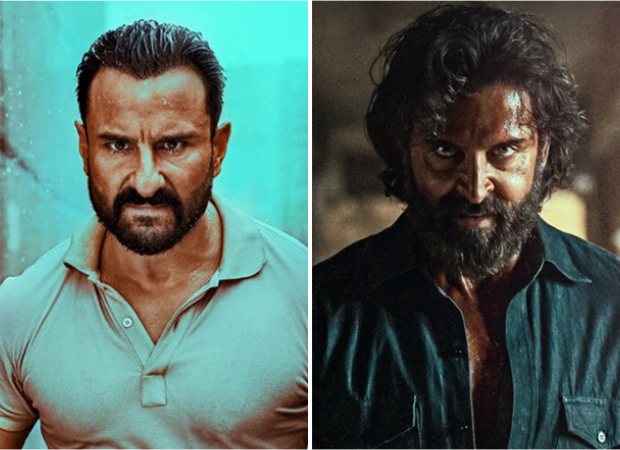 The film has the largest international distribution for a Hindi film, with a record-breaking 100+ countries worldwide. Apart from the major markets like North America, the U.K., the Middle East, Australia and New Zealand, the film has been released in 22 countries across Europe, 27 countries in Africa and non-traditional countries like Japan, Russia, Israel and Latin American nations such as Panama and Peru. Vikram Vedha’s final screen count is 4007 in India and 1633 in 104 countries. The film has been released on over 5640 screens worldwide today.

Vikram Vedha is an action-thriller written & directed by Pushkar-Gayatri. The story is full of twists and turns, as a tough cop Vikram (Saif Ali Khan) sets out to track and chase a dreaded gangster Vedha (Hrithik Roshan).

Vikram Vedha is presented by Gulshan Kumar, T-Series and Reliance Entertainment in association with Friday Filmworks & Jio Studios and a YNOT Studios Production. The film is directed by Pushkar & Gayatri and produced by Bhushan Kumar & S. Sashikanth and Reliance Entertainment. Vikram Vedha released on the big screens globally on September 30, 2022.

ALSO READ: Hrithik Roshan’s ex-wife Sussanne Khan reviews Vikram Vedha; says it is 'one of my favourite movies ever'