Ever since the announcement of Brahmastra, the film has been constantly in news. Despite the fact that the film released seven years after its announcement, the film has been receiving a massive response at the box office. Directed by Ayan Mukerj, the film starring Ranbir Kapoor and Alia Bhatt has been doing well at the box office. After, a stunning first week, the business of the film which also features Amitabh Bachchan, Nagarjuna and Mouni Roy saw an immense spike on its second weekend. In fact, on National Cinemas Day, September 23, Brahmastra was one of the biggest crowd-pullers as the tickets were available for Rs. 75. Now owing to the same, the makers have decided to extend and retain the low fare of tickets. They have decided to retain the fare to Rs.100 for the next Navrati week. 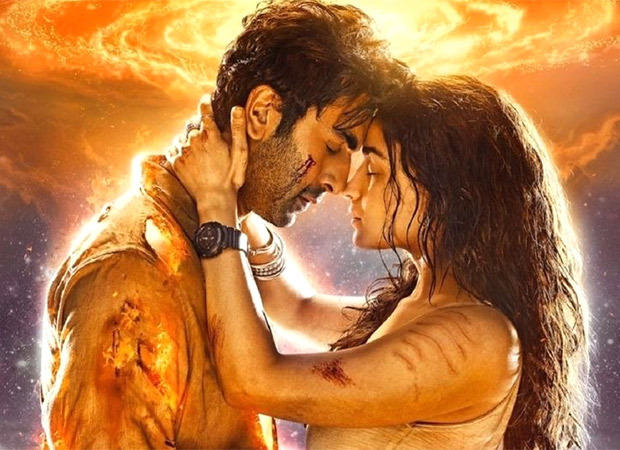 Navratri Special: Brahmastra to be available only for Rs. 100 from Sept 26 to Sept 29

Trade analyst Taran Adarsh confirmed the developments on social media adding, “'BRAHMASTRA' ? 100 TICKET FROM MON - THU... After the phenomenal response on #NationalCinemaDay2022, #Brahmastra will be available at a special price of ? 100 from 26 to 29 Sept 2022 [#Navratri]...” Audiences have expressed their love for the fantasy adventure and director Ayan Mukerji has also promised that the next two instalments are already in the pipeline. Given the ticket pricing, trade predictions state that the business of Brahmastra will see further growth over the coming week with audience flocking to theatres over the festive occasion of Navratri. In fact, Brahmastra which has already managed to rake in Rs. 238.20 cr could well see its overall business crossing the Rs. 250 cr mark in the coming days.

For the uninitiated, Brahmastra Part One Shiva, featuring Ranbir Kapoor and Alia Bhatt in lead roles, also stars Amitabh Bachchan, Nagarjuna, and Mouni Roy. Directed by Ayan Mukerji, the film is a fantasy adventure inspired by Indian mythology. Produced by Dharma Productions and Karan Johar, the film was released on September 9 in Hindi, Tamil, and Telugu.