The National Cinema Day, which was celebrated on September 23, led to a lot of jubilation in the country. Most of the cinemas in East, West and North India sold tickets for just Rs. 75 and everyone was confident that it’ll lead to healthy ticket sales. Yet, no one was prepared to see almost all shows going house full across theatres! 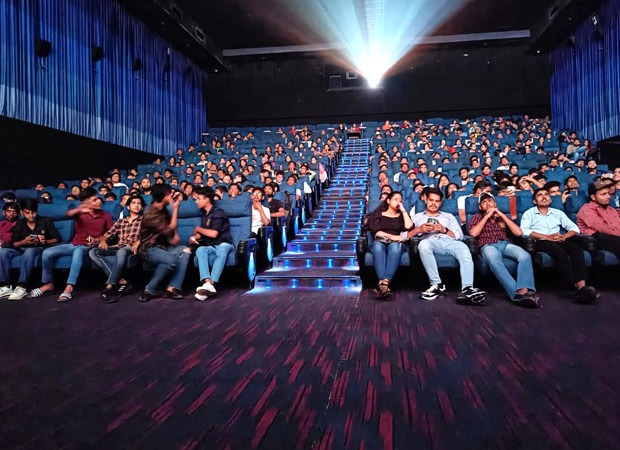 If you failed to get a ticket on National Cinema Day at reduced prices, there’s good news for you. A source told Bollywood Hungama, “Motivated by the blockbuster success of National Cinema Day, the multiplexes have decided to extend the celebrations. The tickets won’t be sold for as cheap as Rs. 75, but the rates would be pretty reasonable. The celebrations will restart from Monday, September 26 and last till Thursday, September 29.”

Earlier in the day, the new multiplex chain MovieMax announced on their official Instagram handle that ticket prices would start from Rs. 70. In certain cinemas, they are selling tickets for just Rs. 100, even on Saturday, September 24, and Sunday, September 25.

Puneet Gupta, AVP - Corporate Communications, Inox Leisure Limited, exclusively confirmed to Bollywood Hungama, “The tickets for normal seats in all Inox multiplexes will be available for flat Rs. 112 from Monday to Thursday.”

Vishal Sawhney, Director & CEO, Carnival Cinemas, said, "For us, National Cinema Day was a rousing success! Movie theaters were packed with viewers and tickets were sold out quickly. To celebrate, all Carnival Cinemas multiplexes across India will offer tickets, ranging from Rs. 75 to Rs. 100, from Monday, September 26, 2022 to Thursday, September 29, 2022."

Devang Sampat, CEO, Cinepolis India, also said, “Our tickets will be priced at Rs. 100 plus taxes.” The source said, “Tickets in PVR Cinemas are also expected to be in the range of Rs. 100-112 in normal screens.”

An industry expert revealed, “The National Cinema Day has been an eye-opener. Multiplexes have first-hand got the idea of how viewers thronged their cinema halls in large numbers. Not just Brahmastra but even Chup and Dhokha Round D Corner’s tickets were lapped up. It has reignited discussions about the importance of reasonable ticket prices and this time it’ll not die down. Hopefully, in the near future, viewers will be able to watch films at cheaper prices, just like in the good old days. We hope the distributors and producers, too, cooperate and don’t compel multiplexes to hike ticket prices for festive releases.”

Also Read: National Cinema Day celebrations off to a ROCKING start; Brahmastra to be first choice with shows ALREADY fast-filling