Last Updated 08.12.2022 | 11:52 AM IST
feedback language
follow us on
Bollywood Hungama » News » Bollywood News » Ayan Mukerji reveals he doesn’t want to take up another 7 years for Brahmastra 2; reveals what Part Two and Part Three are all about

Readers would be aware that Brahmastra was announced years ago, way back somewhere in 2015. Seven years later, the film finally saw the light of the day and has opened up to rave reviews from audiences. The VFX of the film is being highly appreciated and there are a lot of expectations riding high on the second part of the trilogy. When the film was announced with Ranbir Kapoor and Alia Bhatt in the lead, filmmaker Ayan Mukerji asserted that it is only the first part of the Brahmastra trilogy. Speaking about the other two parts at the recently held FICCI event in Mumbai, Ayan, who shared the stage with producer Karan Johar, opened up about the details of the film. 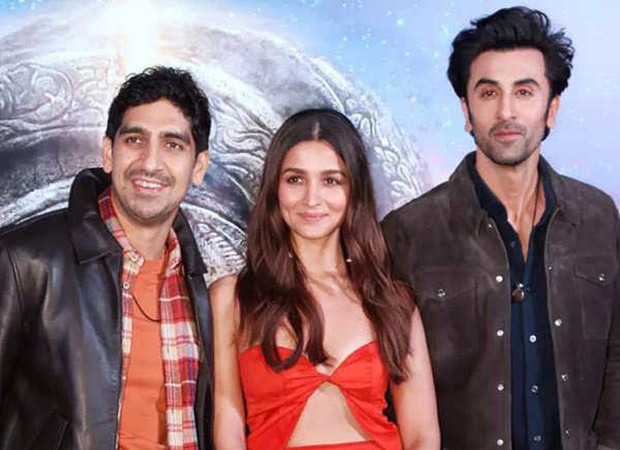 Ayan Mukerji reveals he doesn’t want to take up another 7 years for Brahmastra 2; reveals what Part Two and Part Three are all about

At the recent FICCI event, Ayan Mukerji said, “We hope we can complete the film faster and people can enjoy it. That's the vision! Our production processes are now being able to fasten this Astraverse. It was very important to achieve that because we can’t take another 7 years to make Part 2. So how do we integrate that quality within that amount of time?” The filmmaker asserted that the work on the second installment of the trilogy will be completed at a much faster pace. He went on to add, “I feel that urge to start working on part two how to get faster. So that's the vision. We have to make this all happen.”

During the same event, Ayan also spoke about what the second and third parts will be like. While there have been theories and ideas floating around about what the next film will be, the filmmaker opened up by asserting that the two films will be a lot more technical unlike the first. He added, “I think what also attracted a lot of people was Indian spirituality along with the visual spectacle. I think it’s a very important ingredient. I realized very early on that the bedrock of this fantasy needs to come from Indian history.”

He added, “I did not approach the first part in a scholarly fashion, I approached it in a very emotional fashion. In fact, as I move on to part two and part three, we might get a little more academic on Astras and will be reading a lot about Indian mythology. But in Part One, I approached it in a very emotional manner. The first part was more about my connection with my faith, with God, stuff in me that I had forgotten, the shlokas that I had heard, what was my understanding of Hindu philosophy and I just expressed all of it. I went with this idea that if I do this in a pure way with a pure heart, somehow it will go through very naturally and people will not have any issues.”

He went on to speak about how Brahmastra did not get entangled in any controversy because he made it with pure intention. “I think we had one issue with Ranbir kicking the Kandi in the trailer you know he was wearing slippers but it went through very nicely. So I think my instinct worked,” he concluded.