Suno Dekho Kaho is the noble campaign to deal with mental illness. And the extremely perceptive revealing and engaging conversation on mental health between mega-star Amitabh Bachchan and eminent philanthropist Neera Birla, now out on YouTube, is a part of Neerja Birla’s endeavour to create awareness on mental illness through her organization MPower. 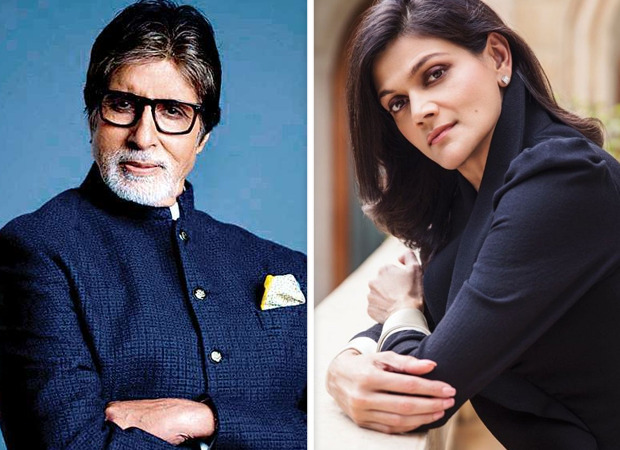 In the outstanding 33-minute conversation, the two powerful celebrities with voices that carry weight discuss nearly every aspect of mental health including the impact it has on the physical and mental health of the caregiver and the stigma attached to mental health and how it can be eliminated. Mr Bachchan suggests a graceful word for mental illness such as ‘Vikaalta’ or ‘Adheer’. Uncannily, though this conversation was recorded before Sushant Singh Rajput’s demise, Mr Bachchan talks about how drugs and alcohol could be a smokescreen for acute depression.

Taking cognizance of the rising issues surrounding mental wellness in the country, Mpower Founder and Chairperson Mrs Neerja Birla and Bollywood Icon Shri Amitabh Bachchan have come together to address these concerns. In the freewheeling conversation, which was released as a video on Mpower’s YouTube, Facebook, and Instagram pages, the two leaders touched upon the harsh realities of mental health, the challenges people face because of it, and steps society can take to handle the situation with compassion. In order to give viewers valid responses, the conversation elucidated the differences between irrational fears and anxiety, and how one should handle the former, before it prevents them from carrying out routine tasks.

Mrs. Birla and Mr. Bachchan spoke about the importance of education, in helping identify, and understand the symptoms of mental illness. From school children to corporate professionals, from artists to politicians, it is never easy to understand what one might be going through, beneath the surface. The conversation approached the topic by talking about the stigma associated with ‘opening up’, and stressed upon the heightened need for awareness, especially among those who are prone to physical and substance abuse, leading to deteriorating mental health.

As the conversation progressed, they also sought to dispel common myths around mental health, the most pertinent being that it is unaffordable, which prevents people from seeking the help that they need. Mrs. Birla spoke about how, over the course of Mpower’s journey, they have counselled a wide cross section of society, so as to not deny anyone the chance to live with respect and dignity.

Speaking about the association with Mr. Bachchan, Mrs. Neerja Birla, Founder & Chairperson, Mpower, said, “Mr. Bachchan has been long associated with creating awareness on a variety of health issues that we Indians need to combat in our lives. Hence, we approached him if he could lend his support to amplify the conversations on a taboo topic like mental health. He graciously agreed to the cause. We are happy to collaborate with Mr. Bachchan for this campaign, which decodes the importance of mental well-being. It’s an honour to have a legend like him to discuss a topic which is sensitive and deep-rooted concern in our society. A powerful voice like his will help us highlight the issue of mental

health, which is the need of the hour. Amidst the challenging and competitive era that we are living in, it is extremely important to discuss mental health and bring it to the spotlight. With #SunoDekhoKaho, we aim to educate the citizens and make them aware of accessibility of mental health services in India. We truly hope with Mr. Bachchan addressing a wider audience through this communication, we will gradually be able to eliminate the stigma associated with mental health.”