A female director, an on-screen mother-in-law and a lady love - there are three women with whom Amit Sadh spent quite some time over the days have gone by. The film in question is Shakuntala Devi – Human Computer and though it was a quick-fire shoot for him, it was an experience worth remembering for the actor who was seen in Super 30 earlier this year. 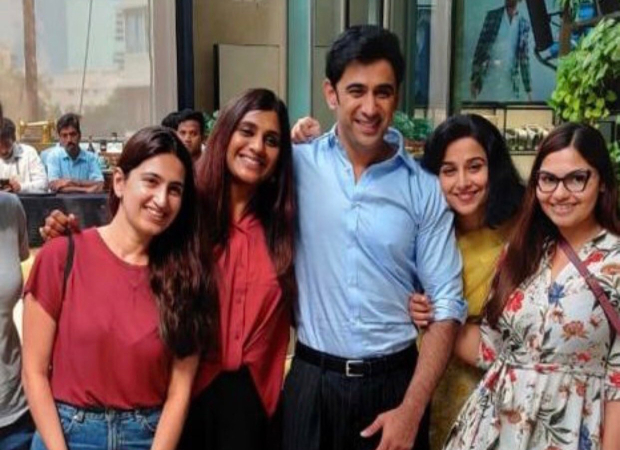 "For Amit, it was an experience worth remembering, more so since he was featuring in an all-women team," says a close associate of the actor, "Vidya Balan is playing the part of Shakuntala Devi, Sanya Malhotra is her on-screen daughter and Anu Menon is the director. Paired opposite Sanya, Amit has some notable scenes with both her as well as Vidya. For Amit, it was a breeze shooting for the film."

For the actor, it was pretty much homecoming shooting for the film. Reason being that Shakuntala Devi – Human Computer comes from the house of Vikram Malhotra with whom he is already through shooting for the second season of the memorable crime drama series, Breathe.

"Amit has great respect for Vikram," the associate adds, "He understands that if the producer has thought of him for a role, it would be worthy indeed. They have already worked together on Breathe and Breathe 2. When it came to Shakuntala Devi – Human Computer, there were no second thoughts for Amit. He gladly stepped into the part and if the days spent on the sets are any indication, he has come up with a splendid performance once again."

Not a surprise, considering the fact that even in a special appearance part in Super 30, he made a huge impression alongside Hrithik Roshan. On the other hand, in a full-blown role in Gold last year, he managed to stand on his own despite featuring opposite superstar Akshay Kumar no less.

When quizzed about Shakuntala Devi – Human Computer, this is what Amit had to say, "See, it would be too soon talking in detail about the context of my role. That said, I have to admit that it has been a great experience working with the team. I was indeed in the company of some great women. I have acknowledged this even on the social media that Anu is a wonderful and patient director. She has indeed helped me bring the character of Ajay that I play to life. I guess what I have done in the film will be a surprise for everyone."

We look forward to that as well.